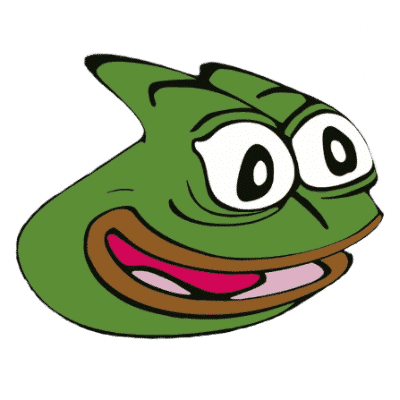 It is no secret that there are many online communities that like to frequently post a slang pejorative to describe another person. This explains the Pepega meaning and how it has made a splash in the gaming community. The Pepega Twitch emote is frequently posted in toxic communities as a way to call someone (either the streamer or other people in chat) stupid.

The Pepega Twitch emote is a BTTV emote that is commonly used on the streaming platform, Twitch. It is based on the Pepe the Frog character and is often spammed ironically when someone is perceived as stupid or as having a mental disability. It can also be used when someone does something odd or out of place on the platform.

According to many, Pepega is a politically correct way of saying “retard.” The emote is most commonly used on Twitch chat and in subreddit set up for Forsen.

The first known usage of the Pepega emote was by Adew, who created and named it. The Discord user Adew posted the Pepega emote in 2018. After that, a user added Pepega to FrankerFaceZ in April 2018.

Later that year, the emote was spammed a lot in the Twitch streamer, Forsen’s chat due to the fact that his viewers didn’t want it, turning it into a meme. Even today, you will find the emote commonly accompanied by the words “FOR SAN” after Pepega is used to reference Forsen.

It is a distorted image of the Pepe the Frog avatar and is supposed to be used ironically when someone is doing something perceived as stupid or idiotic. It is most commonly found in any Twitch community that is known for being toxic.

While the frog emotes posted in gaming communities are generally considered separate from the confusion and controversy surrounding the Pepe the Frog meme, it is important to understanding the overall meaning of the meme.

Pepe the Frog is a character that was drawn into the comic called Boy’s Club, created by Matt Furie. The character was created in the early 2000s and was one of four roommates who shared their lives together in the pages of the comic. At first, there were several memes using the image of the frog, but they were all innocent enough.

In 2016, Pepe was adopted by the alt-right movement and white supremacy groups and was used in hate-related content. It is important to note that Furie was frustrated by variations of Pepe being used as a hate symbol and sued some of the organizations involved.

After years of watching his character being the origin of many memes or as a political icon on Twitter, Reddit, and any other social media site, Matt Furie is entering the crypto world of NFTs to sell images of the famous frog. In fact, an uploaded NFT picture sold for about $1 million in early 2021.

How to Use the Pepega Emote on Twitch Chat

While Pepega is one of the most used Twitch emotes, it isn’t actually available on the platform itself. To use it, you will need to either install the FrankerFaceZ extension or the BTTV plugin.

Both of these programs are third-party extensions that allow streamers to upload personal emotes that are relatable to their communities. While these emotes typically stay within the audience of the streamer, a few of them spread and become viral across the Twitch platform or on other social sites (especially in esports circles), such as Twitter or Reddit.

To use the FrankerFaceZ extension, all you need to do is connect to the platform with your Twitch account and install the plugin. At that point, you can configure your account settings to determine which emotes can appear where on Twitch. You can also upload up to 25 of your own custom emotes (50 if you make a one-time donation of $5 USD). You will be able to search for and add the Pepega emote to the extension.

You can also add the Pepega emote and other popular emotes on Twitch by using the BTTV extension. This plugin works in a similar way to the FrankerFaceZ extension. You can easily download and install the extension to your favorite browser, then sign in with your personal Twitch account. At that point, you can search for the popular Pepega emote and many other Pepe variations to use in chats all over the world (not just Forsen).

Emotes in the Pepe family are very popular and in other gaming communities. While they don’t all share Pepega’s meaning, you are likely to see some of these when hanging out on the platform:

Want to learn more about this nervous emote covered in sweat? Beyond the Pepega emote’s meaning and its traced origins, here are some other commonly asked questions about how you can express these memes on Twitch.

Why is Pepega Not a Twitch Emote?

The platform is very selective on what they make one of their Twitch global emotes. That being said, MonkaS has never been a Twitch emote and likely never will, possibly due to the other ways the Pepe meme has been used. The only way you can use MonkaS and its variation emotes on the streaming platform are through third-party extensions.

Why Can’t You See the Pepega Emote on Twitch?

Unless you have installed the FrankerFaceZ extension or the BTTV extension to your current browser, you will not be able to see the Pepega emote used in Twitch chats. (That being said, you will still see the word “Pepega” sent by users). Unfortunately, there is no way to currently use or see these emotes if you are using the mobile app.

Can I Upload Pepega as a Personal Emote for My Channel?

You cannot use the Pepega emote as a custom Twitch sub emote. It is a well-known and well-documented emote and its usage is limited to the extensions. Due to their rules for submitting Twitch emotes, you would not be able to upload the emote as your own.

The Pegega emote is just another example of how internet culture is willing to use anything to express their irritation with a streamer or other platform users, by spamming this popular emote over and over to express without words that someone is stupid. For san.