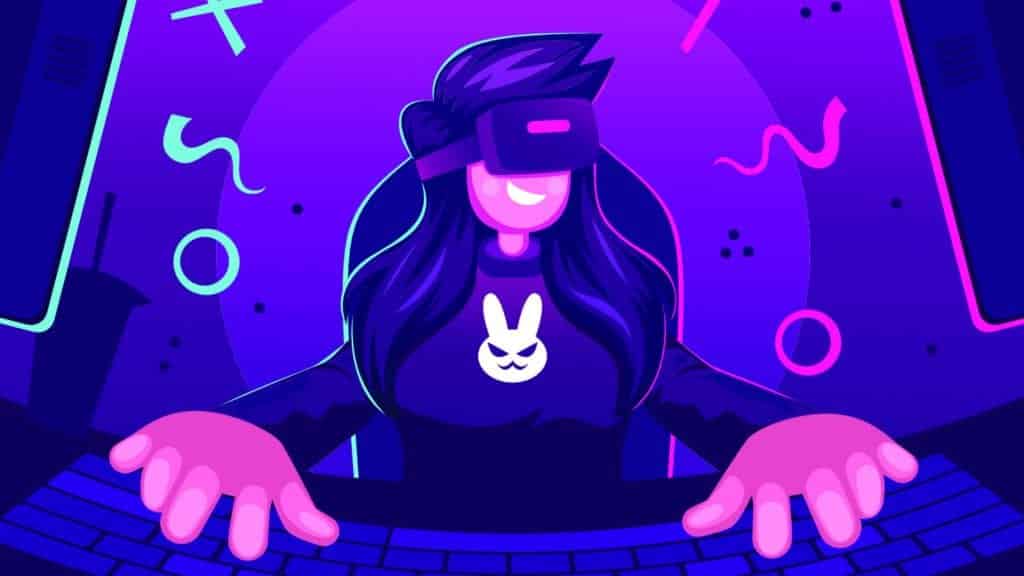 Thinking about streaming your VRChat settings but worried about your viewers reporting something you encounter? This post will cover some of the things you can do to change your settings to keep your channel safe while you stream.

VRChat is a game where people can create or visit virtual worlds. You can explore them with friends, talk to people, and interact with others. People import their own custom VRChat avatars onto the game and create objects as well. You can play with VR or from a PC.

VRChat is a place where your imagination can soar and where you can go on adventures or explore new worlds with your friends. Many people have overcome some of their social anxieties and have met new people on the platform.

There is virtually no end to the content and much of it is based on the players’ own imagination, making VRChat is an exciting place for broadcasters. There is a catch, though. As a streamer, you can only control your own actions, and there is some “risky behavior” that could potentially get you in trouble with your broadcasting platform.

While the idea behind VRChat may sound interesting to stream, there are a few things that can be seen or heard in VRChat that could result in a ban if it is seen/heard on screen and reported. These include the following:

While the percentage of people who engage in this behavior may be in the minority, all it takes is for the wrong thing to happen with a few people watching for your channel to be reported.

You may want to play VRChat a few times to see what it is like before you play it on stream. That way, you can make sure your settings are right. Here are a few ways you can make sure to keep your stream safe while you stream on VRChat:

VRChat has a unique way of setting up its safety settings. Users are able to choose which types of content they block (voice, avatars, etc) and from what type of users (based on how long that user has played the game and their previous interactions).

Players also have the opportunity to just see and interact with people they have labeled “Friend” online. When you are going through your settings, take your time to pick the right settings. It is a good idea to limit what you see to “Trusted Users” or “Friends.”

Know your emergency settings to block content if someone starts to do, say, or show something not appropriate for your stream. These are as follows:

You can always choose to stream in private worlds with your friends (in fact, you may find you will prefer these to public worlds). This will give you the chance to talk and hang out with your friends without having to worry about trolls running in and ruining anything.

Creating your own private world would make an interesting stream in and of itself. You could let your viewers help you decide how to arrange it and decorate it. You could even collaborate with other streamers and let them join your world.

Stream on a Delay

If you don’t want to block anything on VRChat, you can also choose to stream on a delay. Streaming on a delay will allow you to censor anything that you don’t want your viewers to see. For more information, read our post, How to Set-up a Twitch Delay.

Label Your Stream as Mature

As a final way of ensuring that your viewers are happy, label your stream as mature (18+) and let them know you can’t control everyone on the game. Most of your viewers will understand if something happens if you take precautions. Your broadcast platform will be able to see your precautions as well if determining whether or not you should be banned.

When you are making friends on VRChat (and will change your settings to do so), you can use a scene that doesn’t show your in-game so that your viewers don’t see something they might find offensive. Once you have collected your friends, reapply your settings and find a fun world to play.

VRChat is a very popular category on Twitch and you may be able to attract a following if you play your cards right. Just be sure to stay safe while you stream by managing your settings.