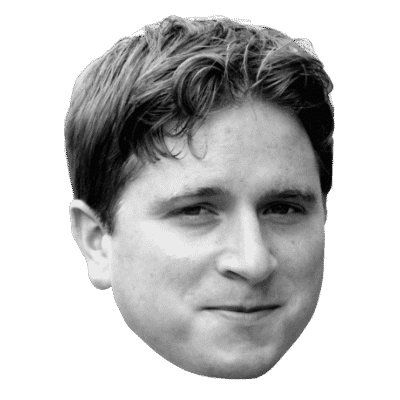 While the word kappa is often associated with the tenth letter of the Greek alphabet, when it comes to Twitch, the Kappa face has become a way for users to convey sarcasm in a simple, pictorial way. But who is the human being behind the Kappa emote? And why do Twitch users spam this popular emoticon in every streamer's chat across the platform? This post will answer both.

Kappa is a Twitch emote that is generally used to relay sarcasm or as an “eye-roll” response to something the Twitch streamer says or does on screen. Known as a “troll” emote, Kappa is often spammed in chat when someone is sarcastic or checking to see if they have the Golden Kappa.

In addition to the emote, people will either type the word “Kappa” or speak the word to convey the same meaning. It was uploaded to the urban dictionary in October 2014.

In 2011, the Kappa emote was created from a photo of then Justin.TV employee, Josh DeSeno. Since then, the Kappa emote has grown in popularity and, in a sense, has become the face of Twitch. It is used well over a million times per day on the platform for a variety of reasons.

In 2007, Justin.tV was founded to allow anyone to stream content online. The major success of the platform was their gaming section. Eventually, that “split off” into what is now Twitch.

Justin’s job was to set up the chat client. As part of that, he put up a grayscale image of himself and called it “Kappa” due to his love of Japanese folklore and culture. In Japanese mythology, a Kappa is a creature that lures, then drowns people in large bodies of water. The story of this Japanese water spirit was used as a cautionary tale for children, warning them to stay safe near water.

The Golden Kappa emote is an easter egg on the Twitch platform. It will randomly be given to a user on Twitch for a period of time before it disappears again. Nobody knows how or why it appears. Kappa is often spammed in chat as a way to check for the Golden Kappa.

Released in December 2015, this emote is generally used as a substitute for Kappa during the holiday season.

Made after Marriage Equality Act passed, this is one of the most popular pride emotes used on Twitch.

Created in conjunction to the release of Twitch’s creative directory and to celebrate Bob Ross.

Is the Kappa Emote Based on Greek Proper Names?

While the Ancient Romans did use the letter Kappa in their alphabet, the emote is actually based on a Japanese water spirit in folklore. Josh Deseno loved Japanese folklore and named the emote after the creature when he uploaded the image to Twitch.

Who is the Kappa Guy?

The “Kappa Guy” is Josh Deseno, a former employee of then Justin.tv (later Twitch) who was responsible for uploading the Twitch global emotes. He chose to upload the image of himself making a smirk.

As you learn more about the top emotes on Twitch, you will be able to better understand all of their definitions and how you can use them to replace words on the popular streaming platform.