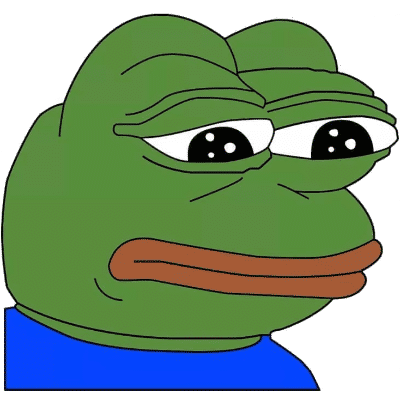 The FeelsBadMan BTTV emote (also known as the Sad Frog emote) is used when something sad or discouraging happens or if you are disappointed or failed at a small task. It can also be used as an empathy emote to hearing a sad story in chat.

The FeelsBadMan emote is part of the Pepe the Frog family and was originally introduced to 4Chan. It is a BTTV emote that is viewable on Twitch to others who run the extension. The phrase, “FeelsBadMan,” has also spread throughout the gaming community.

The emote is used when something fails or to express disappointment. This popular emote is often used for designing merchandise.

Not feeling bad today? Check out the FeelGoodMan emote, the happy version.