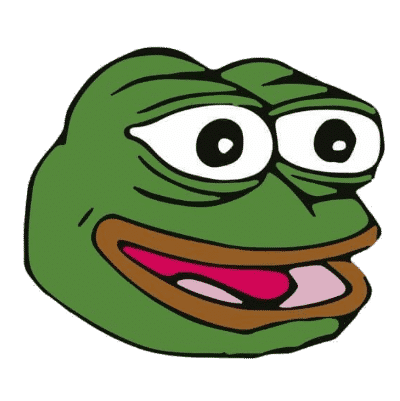 The FeelsGoodMan emoji is also part of the Pepe the Frog emote family. It conveys the opposite meaning to the FeelsBadMan emote.  Use this emote when you are happy, something is going right, or you have defeated your opponent.