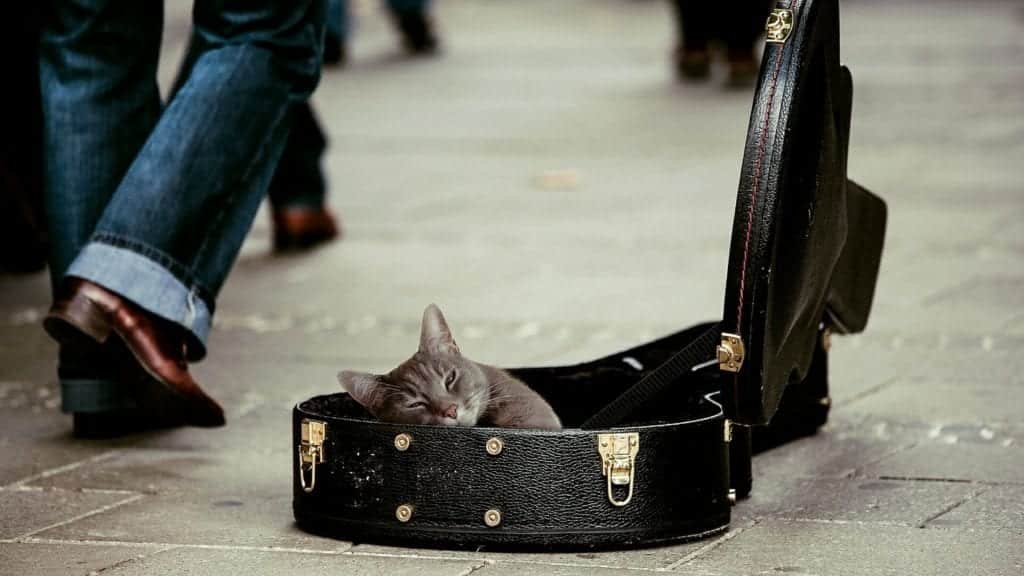 Busking is Dead: Welcome to Twitch

For hundreds of years, people have stood on the street performing with the hope of getting enough tips to earn a living. Now, people don't have to leave their homes to do the same.

While Twitch is known for being a gaming stream platform, there are several other categories with talented content creators.

Here are a few acts that have left the world of busking and have entered the world on modern technology:

One of the most popular non-gaming categories on Twitch is for singers or musicians. There is a wide range of material, from amateur to professional, and you can get lost for hours listening to original content or covers of popular songs.

Many Twitch musicians have song lists that people can browse to make song requests. Others will live-learn new songs while on stream. Depending on how popular they are, they may charge for these requests or limit them to subscribers only.

Lara6683 has been playing the piano since she was a child. Her streams are always popular and filled with people chatting. She seemingly can play anything she hears.

In addition to vocalists, many streamers have blended gaming and performance by learning to play Twitch Sings, which is a game created for the platform. Players are able to choose songs to sing in a karaoke-type fashion while viewers can interact with the stream in a variety of ways.

Many singers will dress the part and work it while playing Twitch Sings and some will sing with their viewers or subs as a form of interaction.

You can watch a DJ while they hang out in their living room live almost on a daily basis. There are many skilled DJs who will blend music for tips and subscriptions. Watch streamers like Sintica while you dance around your own living room to the beat or log on to Twitch to find music for your next house party.

You don’t have to wait until the next season of “So You Think You Can Dance” to watch someone dance live. In fact, you may be able to interact with them between dances or call out requests from the Just Dance game. In addition to gaming, Littlesiha will often do dance streams where she plays Just Dance.

There is a whole creative section on Twitch that is set aside for artists. In fact, Twitch released the section at the same time that they created a channel for the celebrated late artist, Bob Ross. The channel has an active chat and emotes based on Bob Ross. There is even a global Twitch emote based on his likeness.

There are an assortment of artists on Twitch who do many things. Some do digital media, some paint, and some go all out on arts and crafts.

Throughout history, magicians or illusionists have captured the attention of their audiences. Using sleight of hand or fancy props, they have seemingly defied nature. In recent decades, TV personalities have risen, capturing the attention of new fans, while giving skeptics more fuel to point out flaws and mistakes.

Twitch is a new medium where magicians can show their skills to fans. The live effect of the video adds to the excitement as viewers will naturally be looking for mistakes and answers.

One well-known Twitch magician is SleightlyMusical (at the time of this writing, he isn’t streaming due to his involvement in an affair).

We’ve all seen movies where carnival-goers visit a small tent with a woman who is covered in scarves and gaudy jewelry. While this may not always be the Twitch norm, you’ll find many streamers on Twitch who are willing to “read your fortune” through Tarot cards or runes. You will often see them when scrolling through the just chatting section or by searching for “tarot cards.”

There is a decent-sized body painting and cosplay community on Twitch. People dress themselves up as their favorite characters from comics, games, movies, and more. The range of content goes from gaming while in cosplay to people sewing their costumes to people painting intricate patterns on their torsos and faces.

While this isn’t a flea circus, it is an interesting take on side-shows. Kitboga spends his stream days calling (or taking calls) from scammers in order to waste their time and expose their tricks to the public. He wears a wig and uses a voice-changer to get into character. He has a whole list of his own tricks to counter theirs and the results are nearly always comical.

You can do almost anything on Twitch. If you have a fun sideshow you want to watch, you should consider streaming in your spare time. Who knows? You may be able to rack in those tips!