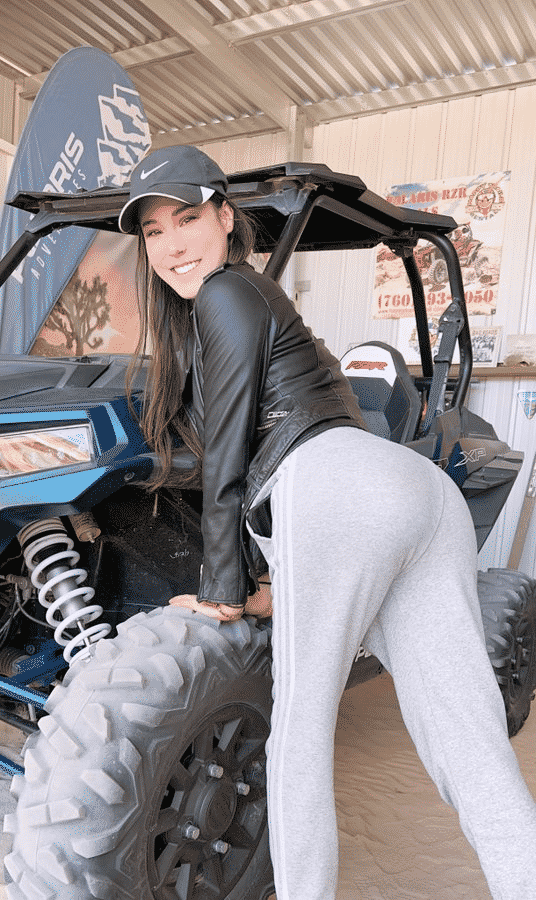 IndieFoxx’s real name is Jenelle Dagres. She was born on March 20, 1995 under the Pisces zodiac sign. IndieFoxx likes to keep her personal life private so there is still little information about her as of the moment. Since IndieFoxx only gained popularity just recently, and had a short-lived streaming career, her Wiki Bio is still not available.

IndieFoxx joined Twitch in 2017 but got a verified Twitch account sometime in 2021. This was because she didn’t really stream much at that time. She slowly rose to stardom with her 18+ content IRL streaming on her Twitch channel in January 2021.

For such a short amount of time, IndieFoxx suddenly became a famous Twitch star and gained massive popularity for her Just Chatting streams. She also includes beauty blogging entries and short song clips on her streams.

Getting Banned on Twitch

Unfortunately, IndieFoxx has been banned multiple times on Twitch.

She has been constantly violating Twitch guidelines for mature content and sensitive topics about women’s sexuality. In 2021 alone, IndieFoxx has been banned six (6) times with two of those bans happening in the same week.

IndieFoxx doesn’t really play many games in her streams. She is most likely watched and followed because of her IRL commentaries and Just Chatting streams. According to her Twitch Tracker stats, here is the list of the games/apps IndieFoxx has played on-stream:

IndieFoxx Net Worth – How They Made Money

Most streamers, like IndieFoxx, earn through advertisements viewed during live streams, tips and donations, paid subscriptions, brand deals, and other income from third-party sites.

How Much Does IndieFoxx Earn From Twitch?

IndieFoxx earns on Twitch via ads viewed during live streams, donations, and subscriptions. This was before she got banned from the platform for nudity content, ten months ago.

Based on her 2.03 million following and 45,363,913 total views on Twitch, along with 3,346 all-time active subscriptions, IndieFoxx would’ve most likely earned around $147,802 (total income from January to October 2021) for active subs and ads combined. 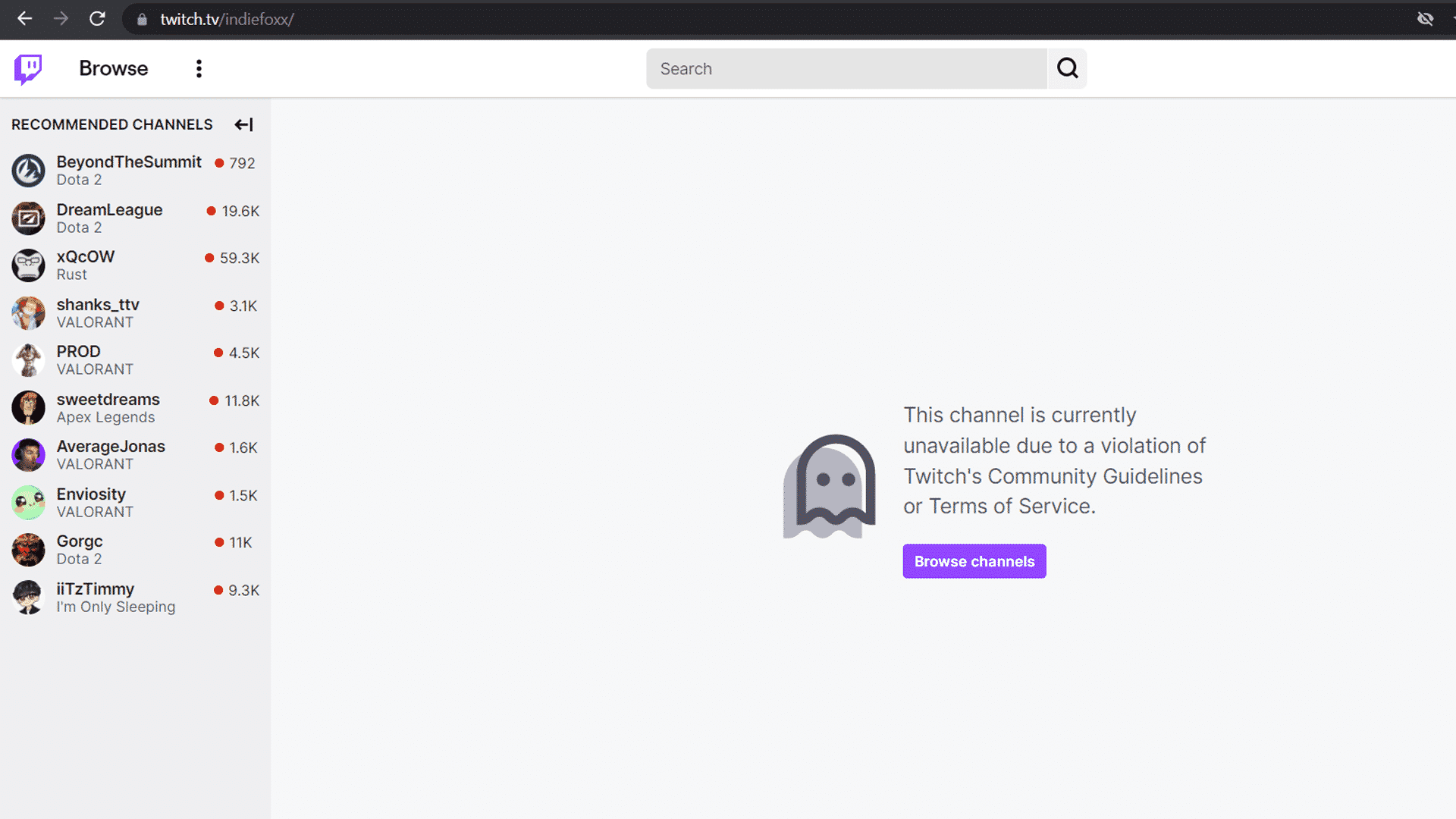 IndieFoxx has only 32.4K subscribers on YouTube with 1,393,852 total views since joining the platform in 2011. These figures would give her approximately 11,600 monthly average views. With this little amount, it’s likely that she will only be making around $116 a month or $1,392 a year in YouTube ad revenue. 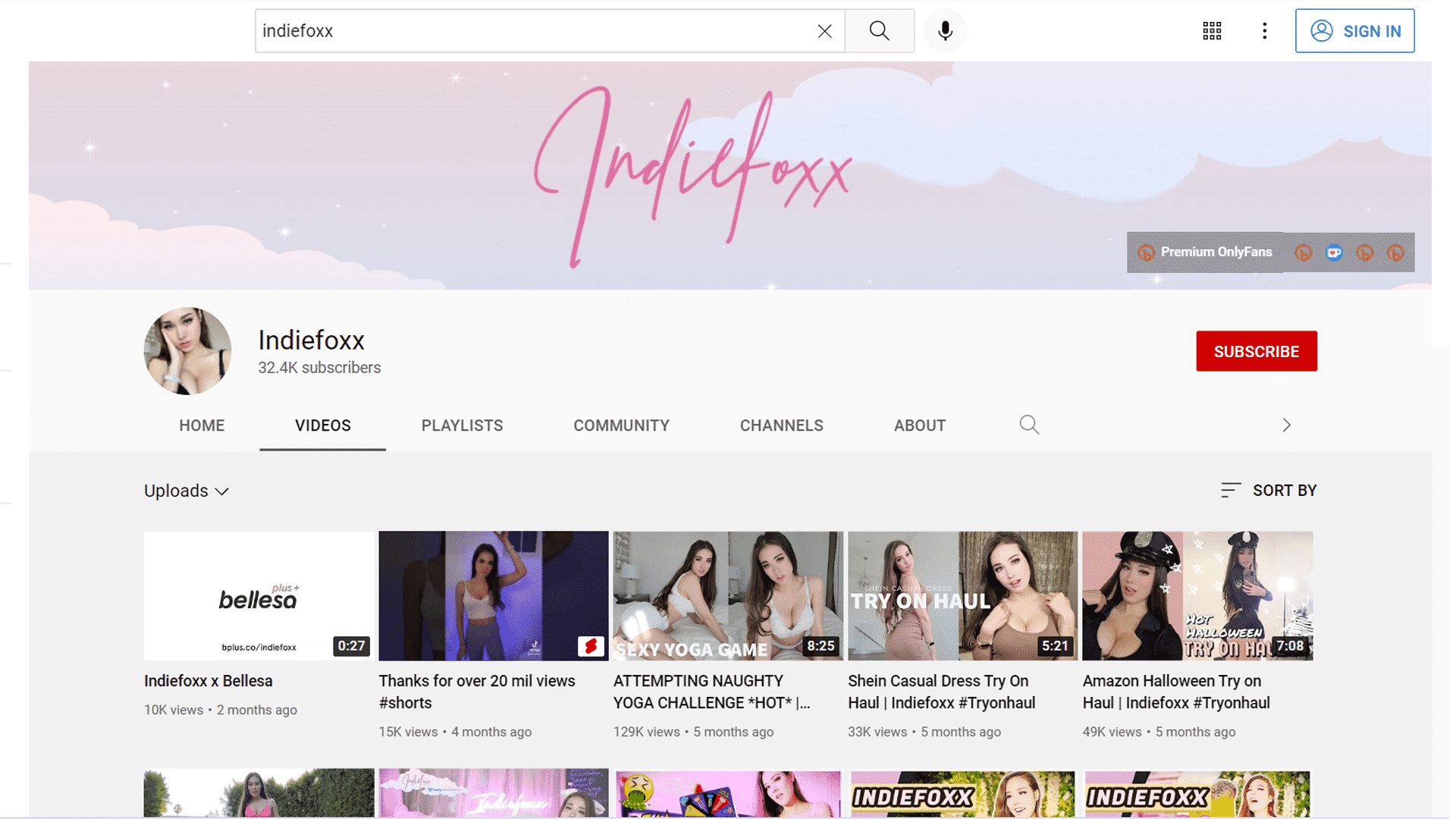 It is safe to say that the estimate given above for both of her channels in YouTube and Twitch does not include her earnings on exclusive (and undisclosed) brand sponsorships, outside donations, Twitch cheers, and OnlyFans Premium subs income.

Apart from her Twitch and YouTube channels, IndieFoxx also has an OnlyFans account for exclusive paid content she streams online. In October 2021, she announced that she will be switching to OnlyFans for live streams after getting a very long (if not permanent) ban from Twitch.

IndieFoxx doesn’t really have many sponsors disclosed on her social media accounts. However, she has been allegedly sponsored by lingerie brands, hence, her suggestive streams with sexy lingerie features on-stream.

IndieFoxx’s rise to stardom in the Purple platform was short-lived after being banned from Twitch for suggestive behaviors. With that, her earnings should also go down the line.

Her estimated net worth should be around the $1-1.5 million mark by the end of 2022, should she fail to make a comeback.

Who is IndieFoxx dating now?

Jenelle ‘IndieFoxx’ Dagres appears to be single at the time of writing.

What are Indiefoxx social media accounts?

Being the social media celebrity that she is, Jenelle Dagres is active on many SocMed platforms. Here’s list of her accounts and corresponding usernames:

IndieFoxx’s short-lived and controversial streaming career is an example of how sexually suggestive and mature contents should not be allowed for public streaming given that the Purple Platform is on open-source freemium site (which allows users of all ages to stream online without logging in to the system).

If you’re an aspiring streamer, you can always opt to create interesting contents from various types of niches that can be safe for public viewing (like games) in order to steer clear away from violations and controversies in the long run, which may potentially have you get banned from streaming sites, like Twitch.