Twitch star and tournament champion, Dennis ‘Cloakzy’ Lepore has been making the headlines for his outstanding gaming skills in battle royale games. His career skyrocketed when he started playing Fortnite and continues to be one of the most prestigious pro players in the game until today. Find out about Cloakzy’s net worth, streaming career, gaming history, relationship, and more in this article. 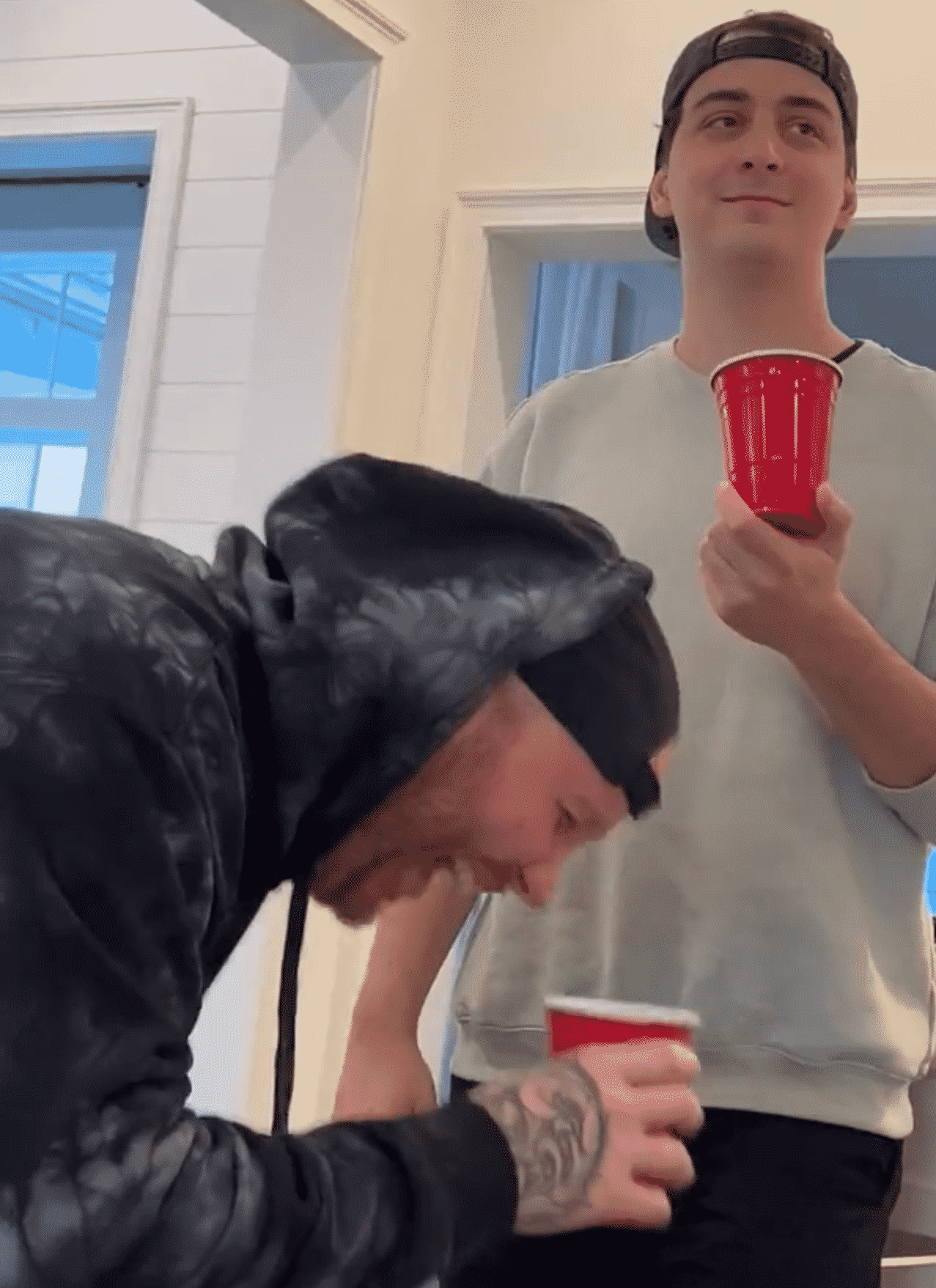 Cloakzy’s real name is Dennis Lepore. He was born on December 26, 1994 at Austin, Texas USA. Ever since, Cloakzy really loved gaming and often plays gaming videos even at a young age. Being passionate about it, his gaming skills were honed in no time.

Cloakzy started streaming in February 2015 where he mostly plays CoD: Warzone. He also participated in tournaments and won about $12,500 in total. What made him a popular streamer was Fortnite Battle Royale and H1Z1. He also played alongside famous Twitch streamers like Tfue, and TimtheTatman; and has made a lot of friends in the industry, including the legendary Tyler ‘Ninja’ Blevins (whom he also played against in a tournament).

Cloakzy played for the professional PUBG team, KnightGG, before he joined FaZe clan in 2018. With his superb skills, Cloakzy led his PlayerUnknown’s Battlegrounds team to many victories.

During his time with FaZe, Cloakzy regularly participates in gaming tournaments. His ticket to becoming a Twitch star was by playing Fortnite. He’s been joining various tournaments with other FaZe members, especially with his partner Tfue, mostly in Fortnite duos.

One of his most significant winnings is the 2018 Fall Skirmish tournament with Tfue. 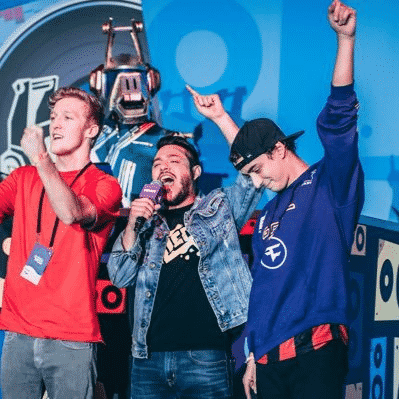 Cloazky also broke the world record of ‘Most Eliminations in A Game’ which he got in 2018 when he made 34 eliminations in a single Fortnite game.

Cloakzy was initially known as a pro gamer. Today, he’s played a lot of games and streams them via Twitch platform. Here are some of the games Cloakzy mostly plays online:

Cloakzy has been streaming Fortnite for most of his streams (39.9%). Since joining the Fortnite Community, he has been attracting more followers online.

Cloakzy Net Worth – How They Made Money

How Much Money Cloakzy Makes From Twitch?

Cloakzy earns through advertisements viewed per live stream, subscriptions, and donations (via a Stream Elements tip jar). He has about 2.8 million followers with more than 61 million total views, and more than 8,000 active/paid subscriptions on average. He should be making approximately $35,000 a month accumulated from ads, subs, and donations. 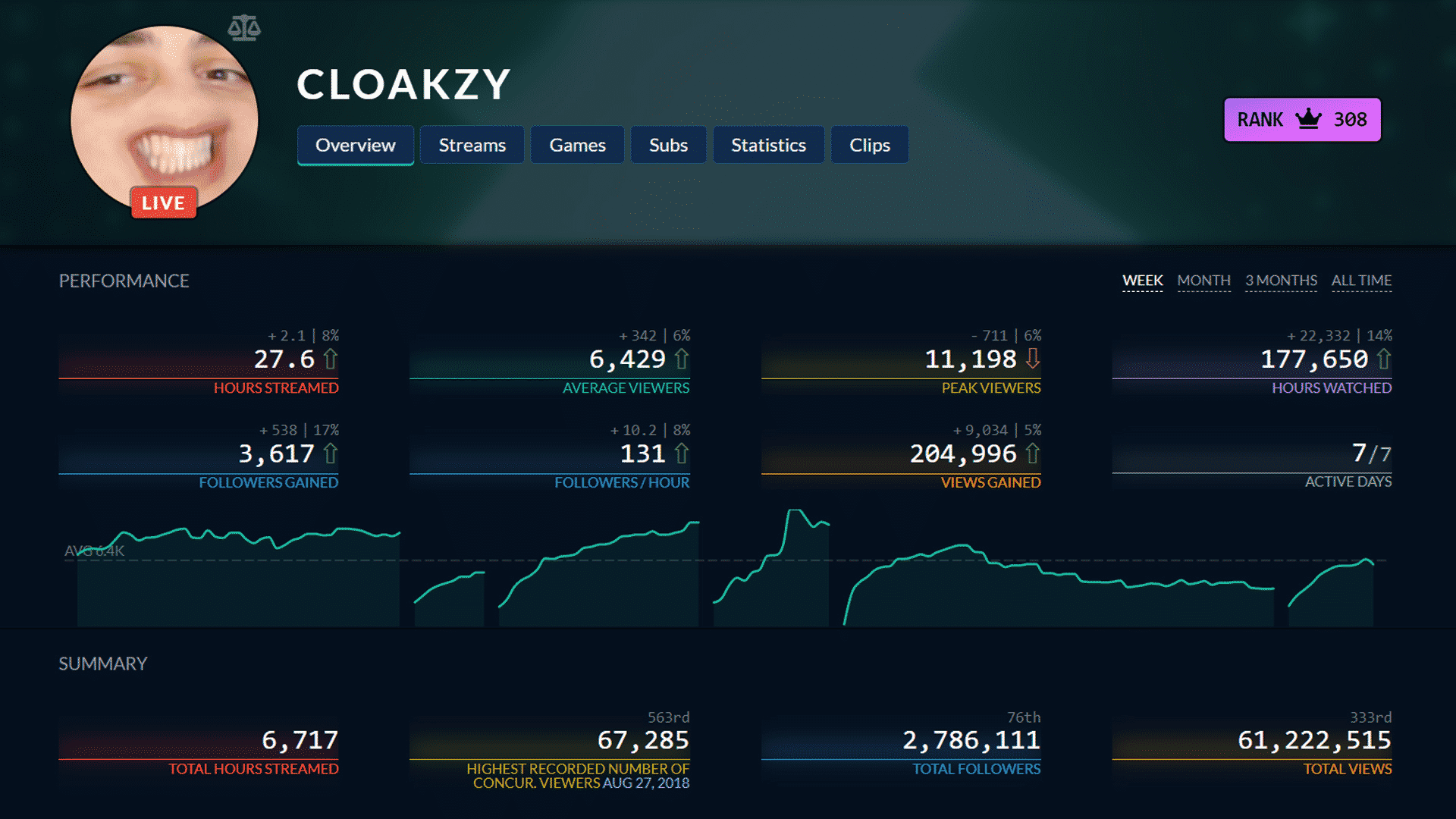 Cloakzy mostly earns through advertisements in his YouTube channel. He has 1.26 million subscribers and about 102,254,514 views. With these figures, he should be making around $10,000 every month. The ad revenue he makes monthly on YouTube contributes to his total income as a streamer. 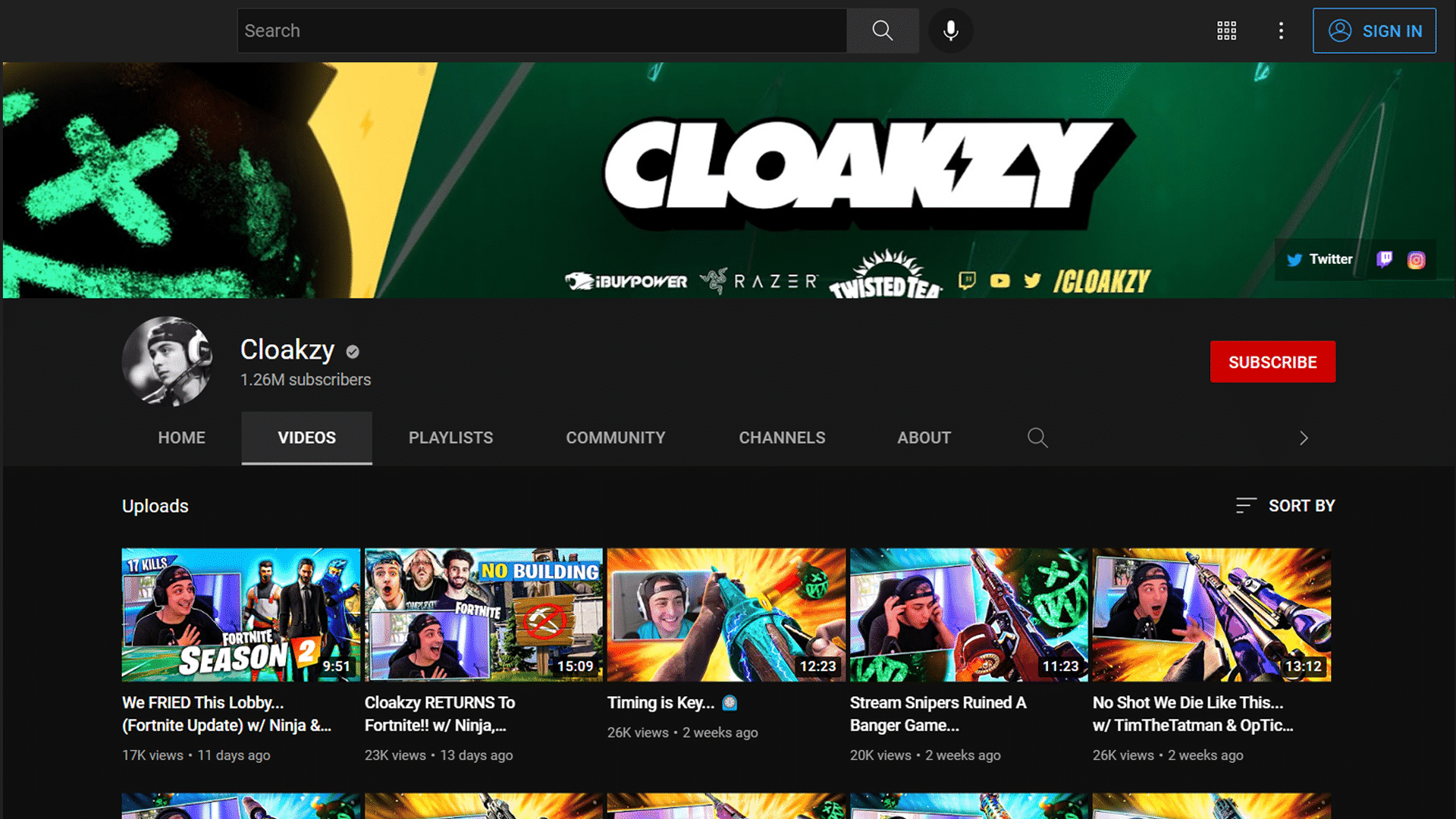 With his Twitch and YouTube earnings combined, Cloakzy should be making around $45,000 monthly, or $540,000 annually. Of course, merch sales, sponsorships, and other exclusive contracts are not included in this estimate. 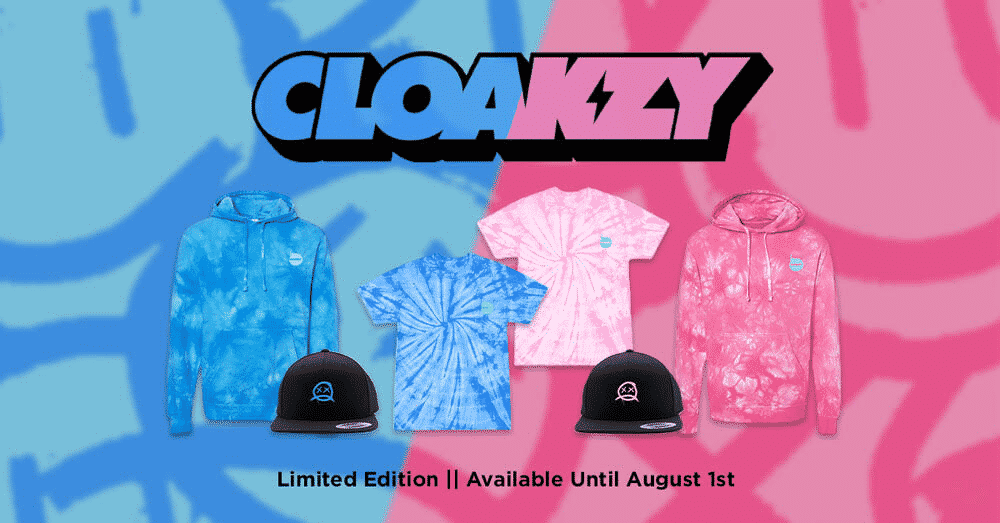 Streamers like Cloakzy earn extra income through merch sales. He has available merch like shirts, hoodies, caps, mugs, and other various products on a Represent store, RedBubble, and his own Cloakzy Shop online.

Brand deals and sponsorships generate more income for Streamers with top-tier partnerships. Since these are undisclosed contracts, there’s no way of telling how much they would earn on a single deal. That’s why sponsorship and brand deals and other exclusive contracts are not included in the estimate here. 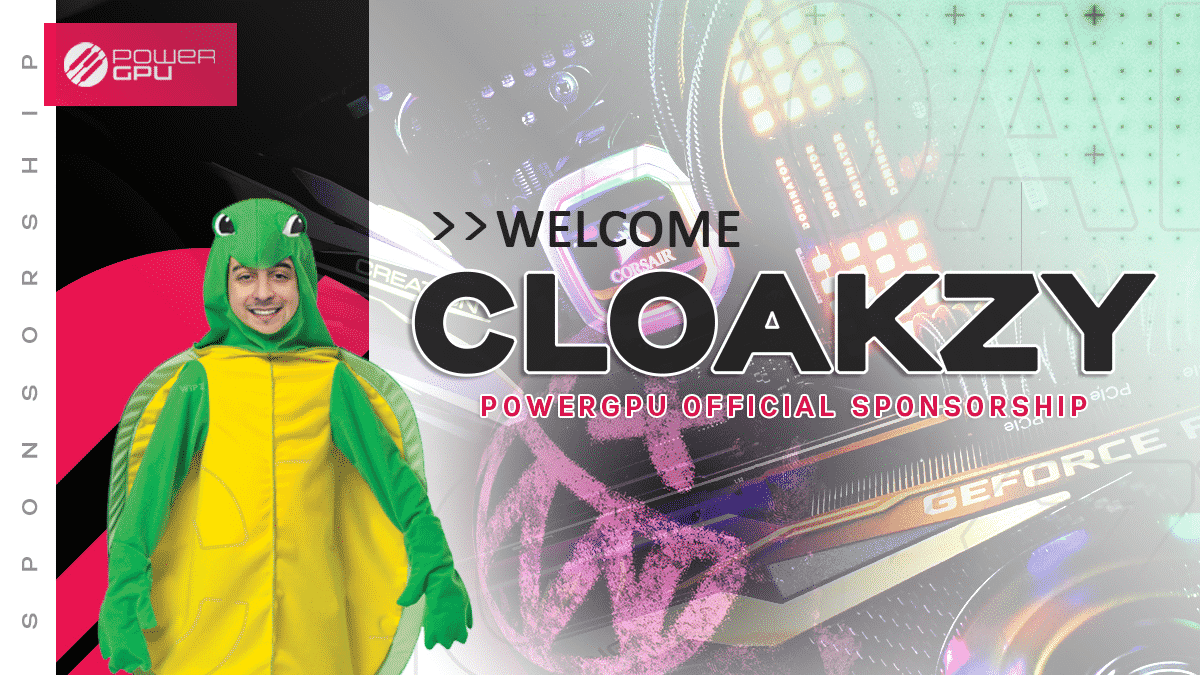 Cloakzy has a couple of major brands to sponsor his career. They are:

Cloakzy has been a consistent contender in the gaming world. His pro skills and fun personality is what makes him stand out in his area of specialization. With his growing network in the Fortnite Community, Cloakzy’s revenues are also expected to rise over time. His estimated net worth should reach the $3 million mark (or higher) by the end of 2022.

Who is Cloakzy dating now?

Cloakzy has been dating his long-term girlfriend, who is also a Twitch streamer, Alexia Raye, ever since people in the industry could remember. They had a falling out in 2019 which made some of their friends and fellow streamers (like Valkyrae and Ninja) get saddened by the news. However, they seem to be back together and closer than ever in their collaborative streams in 2021 and onwards.

What is Cloakzy’s Warzone settings?

Cloakzy has been passionate about gaming since he was a kid; he was able to achieve his dreams and continues to stay on top of his game. It only proves that dreams do come true if you work hard for it. If you’re just as passionate with what you want to do and what you want to become, you also have to thrive before you reach the top.