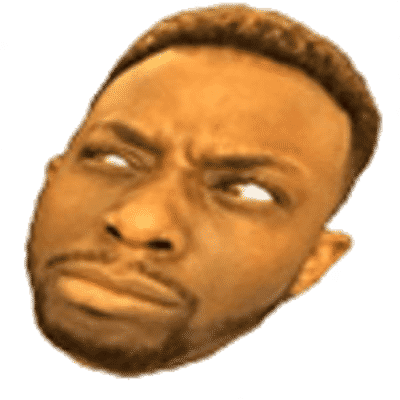 The CmonBruh emote is used as a look of confusion or as a response to racist comments. It is often used when someone in Twitch chat says something controversial or confusing.

Note: As with the TriHard emote, CmonBruh can be seen as racist if you don’t use it correctly.

It is widely believed that CmonBruh is a member of Twitch staff. It was first really noticed when a Twitter user posted that it was a racist emote.