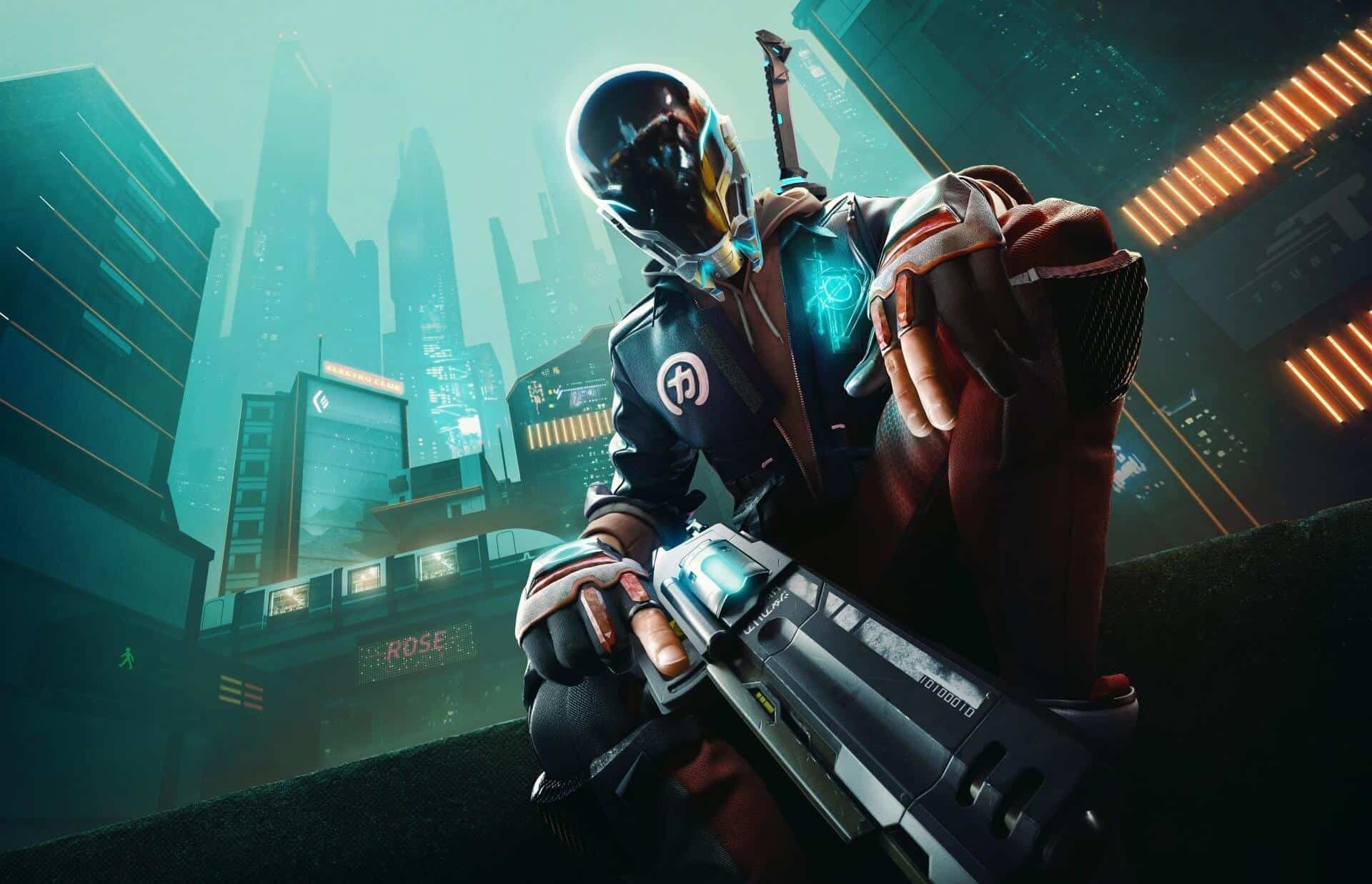 Hyper Scape is a free-to-play FPS battle royale brought to you by Ubisoft. Whilst there are many free-to-play shooters available on PS4, Xbox One, and PC, Hyper Scape has brought some interesting new mechanics to the table with the ability to fuse weapons, pick up hax and even parkour your way through the virtual realm of Neo Arcadia.

● Depth of Gameplay – Unlike all the other freebies out there, you’ll be able to advance your weapons by fusing it with guns you find as you scavenge! This alone brings to the table one of the most adaptive and engaging game mechanics out there and gives you a reason to keep playing. It also features 3 different game modes to choose from; Solo, Squad, and (for a limited time) Faction.

● Enjoyable to Play – Hyper Scape is very enjoyable to play, in small doses. Although the adaptive features and different game modes make it more fun and will keep you invested for an extended time, it is still a battle royale which, as we all know, doesn’t really change aside from the players you are matched with.

● Is the Game Good to Stream? Despite being played by multiple bigger streamers, Hyper Scape does not have the worst metrics for smaller streamers and you will be able to grow if you are willing to put in the time to stream. It also features a very unique way to reward and engage your viewers with the Crowncast.

Where Hyper Scape Could Improve

Given the options for free-to-play shooters are not exactly limited these days, with titles like CSGO Valorant and even Fortnite, Hyper Scape definitely has some expectations to live up to. However, it feels like Fortnight meets Overwatch, and aside from the adaptive gameplay with guns, it doesn’t really offer anything special to give you the incentive to switch from the pioneer in the battle royale category, Fortnite.

This being said, Hyper Scape has already built an immersive virtual universe known as Neo Arcadia and even created a backstory on this universe and all its champions. With plans to release comics also, I believe that Hyper Scape would greatly benefit from a campaign delving deeper into the backstory of the universe, rather than only using cutscenes as the seasons progress.

Something all of these games are lacking, is offline content aside from the training modes. If there is any game out there that would be able to pass this off, I believe that this is the one to do it.

Another thing that, I believe, is essential in this category of free-to-play shooters, is cross-platform. At the moment, Hyper Scape only offers cross-progression, so your rank and battle pass unlocks will be available on PS4, Xbox One, and PC.

Cross-platform multiplayer however, is not available at present and we have no news as to when this will be available. All we know is ‘it will be an optional feature’ and is said that it will mimic Fortnite’s cross-platform mechanics by adding your friends on Uplay and inviting them there.

Should You Stream Hyper Scape

Absolutely. This has to be one of the best battle royales out there at this time and definitely has the most interactive gameplays for Twitch. Thanks to its Crowncast extension, your viewers will be able to interact directly with your gameplay by voting on game-changing events, progress their in-game Battle Pass just from watching and even use bits to send kudos and visually celebrate and support their favorite streamer!

Whilst Hyper Scape is still establishing its fan base, there are not too many streamers broadcasting it so there is room for you to make your mark in that category. However, given the heavy promotion from Twitch backing the game, with exclusive emotes being given out to viewers everywhere to celebrate the launch, it could potentially become the next big fad on Twitch. It is still early days after all, so if you’re going to jump on this bandwagon, get streaming it now before it quickly becomes a more saturated title making it near impossible for growth.

Bitcrowns are Hyper Scapes in-game currency and can be obtained from leveling up specific tiers in the Battle Pass or purchased from the store.

How Do I Invite My Viewers to My Streamer Squad?

First, enable your Crowncast extension, then in the play portal select the stream tab and click ‘invite viewers’. Yes, it’s that simple!

Hyper Scape is a great battle royale that comes with a great extension to enable your viewers unique engagements with your game. This and the fact that it is still a rising category on Twitch makes it a better alternative for smaller streamers wanting to broadcast their FPS skills to the world!