So, what is Swagg’s net worth? No one knows for sure what Swagg’s actual earnings are, but here’s an estimated breakdown of how Swagg earns money.

Swagg, whose real name is Kris Lamberson, is a Twitch streamer who regularly uploads videos to Youtube. Activision’s Call of Duty: Warzone, a battle royale game in the Call of Duty franchise, is his main game and source of content. Swagg is currently a FaZe Clan member.

Swagg, born in Phoenix, Arizona, began playing basketball with his father at a young age. His friends introduced him to gaming as he continued to improve at the sport. Call of Duty: Modern Warfare 3 was his first introduction to the game in 2012. However, he used his basketball scholarship to pursue a college education as he was determined to play basketball.

Unfortunately, things didn’t turn out as planned. He was injured early in his college education and had to stop playing basketball. He went to college for another two years before deciding to start uploading videos to YouTube for fun. Swagg decided to take a year off from school to pursue his dream of becoming a full-time Youtube creator. He eventually won his mother’s approval by promising to return to school and complete his education, which he did!

Faze Swagg is a well-known and well-liked Instagram user. He rose to prominence by uploading photographs with motivational and inspirational remarks and videos on his Instagram account. He currently has over 601k followers on the platform.

Swagg first appeared on YouTube in mid-2013, and his channel has only grown since then. On his YouTube account, he is well-known for posting gameplay videos. ‘Black OPS 2’ was one of his earliest videos, which he released in 2013. He now has 2.5 million subscribers on YouTube. Gamma Labs and Kontrol Freek have sponsored him.

Swagg is an abbreviation that stands for Serve Worship and Glorify God. This was inspired by the fact that he is a Christian who values his faith. He primarily creates movies regarding the famous first-person shooter game Call of Duty. To keep his audience amused, he uses live communications, rage takes, storytime remarks, and other news. Daily, he uploads fresh vids. He also creates content for the gaming group Faze Clan.

Aside from his Youtube channel Swagg also regularly streams on Twitch. As of March 2022, he has 2 million followers. He primarily streams Call of Duty on the platform.

Swagg Net Worth – How They Made Money

Swagg net worth is estimated to be more than $1.5 million. Swagg’s real net worth is unknown because it is not publicly declared.

The $1.5 million estimated net worth of Swagg is based solely on his Twitch and YouTube advertising revenue. In reality, Faze swagg’s net worth might be substantially larger. In fact, when various sources of income for a YouTuber are considered, some estimates bring Swagg’s net worth closer than $2.0 million.

Swagg has 2 million followers on Twitch. He earns money on Twitch through subscriptions, ads, and donations.

Subscription: Twitch Subscriptions are divided between the streamer and Twitch. New streamers are placed in Tier 1 and will receive a 50/50 share, making their subs worth $2.50. If a streamer receives 1000+ views each month, they can renegotiate their split to a 60/40 split (Tier 2) or a 70/30 split (Tier 3) if they are famous.

Bits: A streamer receives $0.01 for every bit received.

Ads: Depending on their contracts, streamers make $10-20 CPM when they run advertising on Twitch. This means that when the ad appears, they get $10-20 per 1000 viewers on the stream. 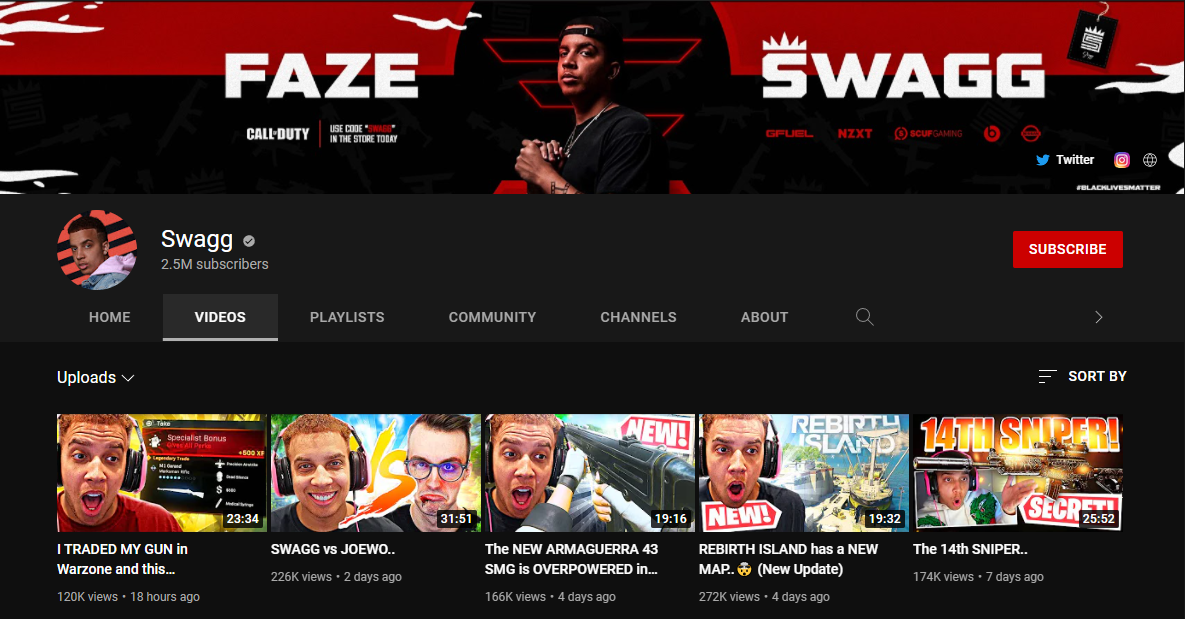 Swagg has 2.5 million subscribers on YouTube. He primarily uploads stream highlights, but he also posts vlogs from time to time. Every video has at least 300k views, and he uploads once each day.

Ads – YouTube channels are compensated per 1000 views (CPM). Typically, creators in the gaming niche will earn $2-7 CPM, which means they will be paid $2-7 for every 1000 views on their channel. However, not all views are monetized due to ad blockers and other factors. Most channels are paid for roughly 80% of their views.

Scuff-gaming, MSI, and NZXT are among the brands that sponsor Swagg’s Twitch stream.

Sponsors will pay Swagg to have their products featured on stream. Swagg may also receive additional commissions from individual purchases from some sponsors.

Swagg’s merch is available at the Faze Clan store.

How Much Does Swagg Earn From Twitch?

Swagg earns an estimated $67,330.80 each month via Twitch. This is divided down as follows: 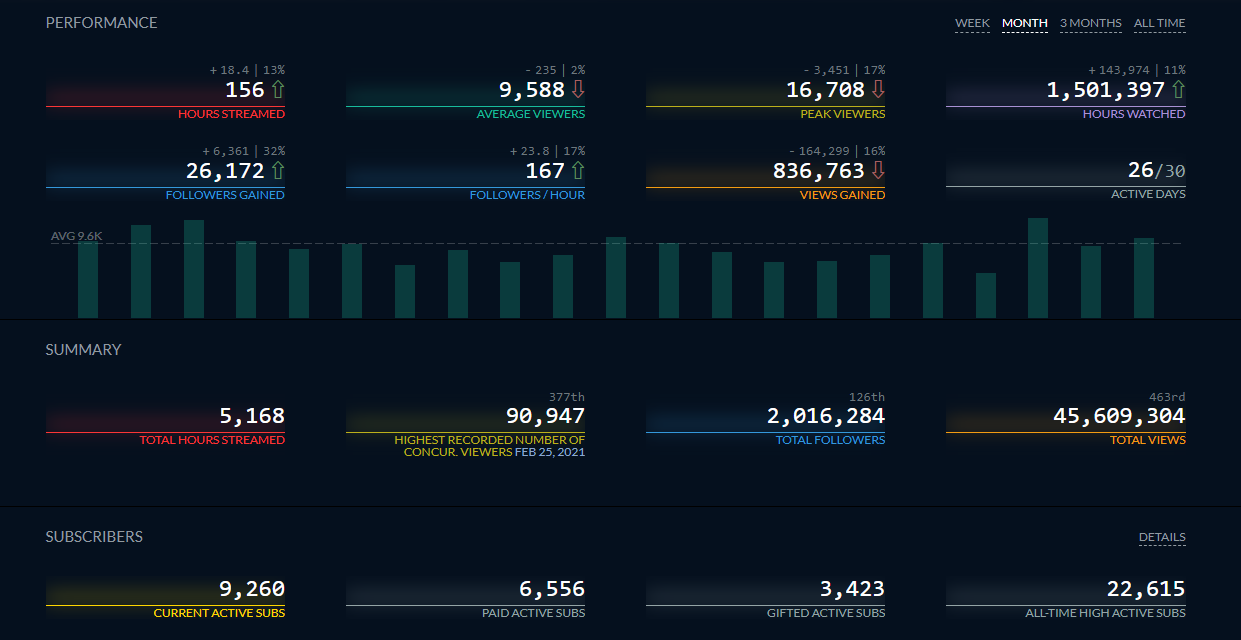 Donations and Bits: Donations and bits are more difficult to calculate because we don’t have any actual figures to work with. He is likely to receive an additional $2,500 – $5,000 or more in donations each month based on his audience.

Swagg’s primary source of income on YouTube is Ad revenue. According to Socialblade, he received 5,339,297 views last month. Faze Swagg earns roughly $10,678.60 each month through YouTube. We can estimate his YouTube revenue if we break this down as follows:

Swagg has various brand deals displayed on his panels. Some of these companies are:

We don’t have accurate figures on how much money he makes from brand deals, but we believe he earns between $2,500 and $5,000 each month for someone his size. It’s also worth noting that the brand deals could be handled by FaZe Clan, which means he’ll earn a smaller cut. At this time, everything is simply speculative.

Swagg’s social media career has cultivated a relatively loyal fan base, enabling him to secure numerous brand partnerships and endorsements. His YouTube profession contributes significantly to his earnings. He is also active on Twitch, and he receives a lot of donations and money from his stream.