Nick Eh 30 is a famous Canadian Youtube gamer and one of the most popular Twitch streamers today with over 3 million subscribers on Twitch, and over 6 million subscribers on his Youtube channel. He plays about 42 games since the beginning of his career but is mostly known for his gaming skills in playing Fortnite.

His career got boosted when he joined a competition held by PewDiPie. He earned a shout-out from the famous YouTuber and was featured on his video. Nick thanked PewDiePie for the new fans he acquired with the help of the famous YouTuber and left a comment saying, “Thanks, Dad, I made it.” PewDiePie responded that it was all him and the hard work he exerted that made him successful in his career.

Wanna know more about Nick? Below is some information about his life listed, such as his biography, following, net worth, popular streams, and other games he plays, and how much he earns from these games. 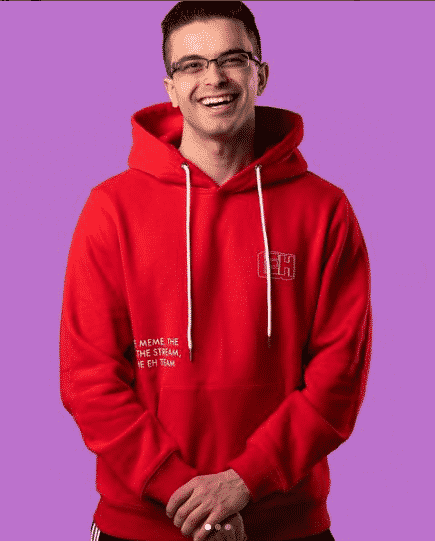 Nicholas Amyoony AKA Nick Eh 30 is a 26-year-old Youtube gamer and Twitch streamer. He was born in Canada having Lebanese descent and now lives in Halifax, Nova Scotia, Canada. Although he keeps his family and personal life private, his mother often appeared in some of the videos he uploaded on his YouTube channel. He currently doesn’t have a girlfriend, is not dating anyone, and has a straight marital status. Nick joined the gaming industry when he created an account and started playing on Twitch in June of 2013 and made his Youtube channel account in December of 2014.

Before he became a full-time live streamer though, he was a straight-A student from high school through college, and when he was taking a pre-med course in college, he started uploading his gaming content on YouTube.

A year after getting into university, Nick wanted to further pursue his career in Youtube, and his parents fully supported him, even allowing him to take a year off from university.

Around this time, Fortnite was released and Nick began spending hours and hours playing it, and streaming his games on his Youtube channel. He started playing Fortnite as early as 5 A.M. every day.

Nick Eh 30 enjoys gaming and streaming at the same time to interact with his followers and subscribers. Fortnite is the game that paved a way for him in the success that he has right now, but it’s not the only one he plays. Below is a list of other ones he plays a lot and streams on Twitch:

Nickeh30 Net Worth – How They Made Money

Nick Eh 30 net worths at about $2 million as of February 24, 2022, with multiple income sources, garnered throughout his career.

How Much Does Nickeh30 Earn From Twitch?

Twitch streamers earn money from subscriptions, donations, bits, advertisements, and product endorsements. Nick Eh 30 being one of the top streamers on Twitch earns about 50% per subscription. For the $4.99, he gets about $2.50. Twitch sometimes increases it to 60 – 100% earnings to encourage streamers to stay on Twitch. Through the Cheering feature on Twitch, fans also donate by sending cheering bits in the chats.

As of February 24, 2022, Nick Eh 30 has about 6.3 million subscribers on his Youtube channel where he uploads gaming videos and random vlogs about his personal life as he gets throughout the day, etc.

The first video he ever uploaded was him playing Fortnite Battle Royale from 4 years ago which has about 671K views as of February 24, 2022.

Nick Eh 30 mostly earns through the YouTube ad revenue where he earns from $2-$12 dollars per 1,000 views. As per analysis, his YouTube earnings average from $19K-32K per video as of February 2022, giving him an estimated net worth of $2 million.

Reading about the career successes of these famous gamers such as Nick is an inspiration for everyone to reach their dreams and aspirations in life. It doesn’t matter who you are, what you are, or where you came from; for as long as you have that fire burning inside of you, you can do just about anything. Nicholas Amyoony AKA Nick Eh 30 has autism, but that never hindered him from pursuing his passion and successfully making it his career. Do you have any excuses that keep you from reaching that goal? No, you don’t. You shouldn’t have any.