Popular Twitch streamer Myth Kabbani has been an internet gamer since he was a kid. His sudden rise to stardom in Twitch playing Fortnite has been overwhelming for his gaming and streaming career. Find out about Myth’s net worth, early life, earnings, and more in this article. 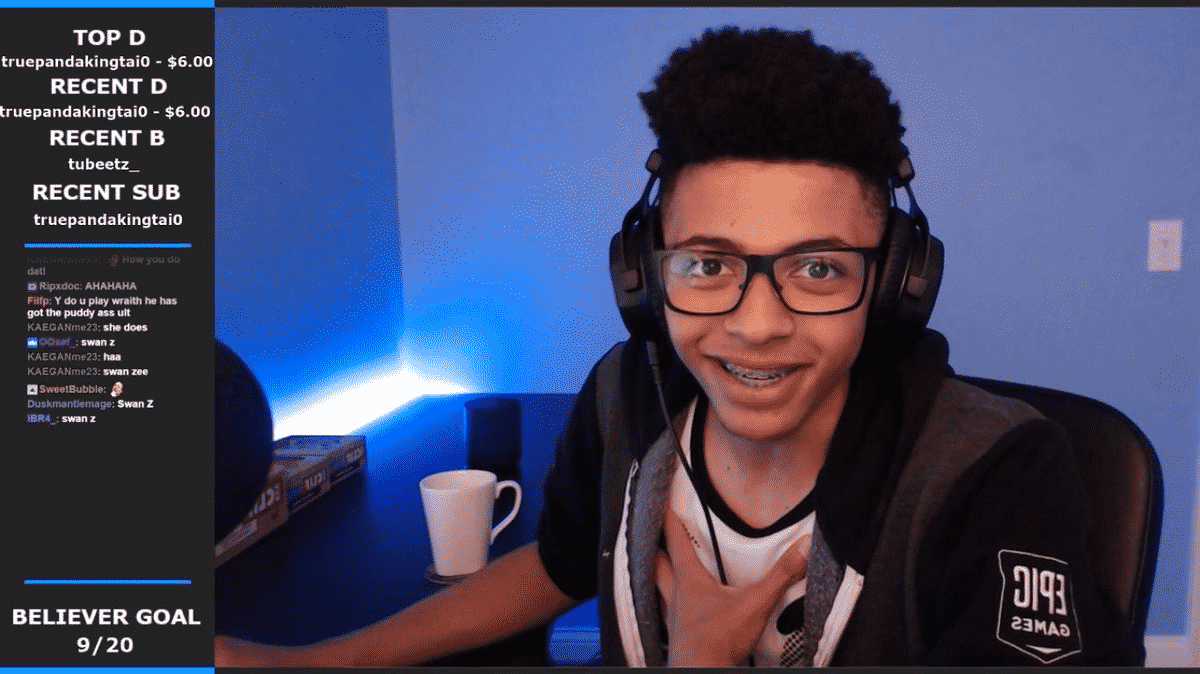 American Twitch streamer Ali Kabbani, AKA Myth, was born on May 24, 1999 at Michigan USA.

He started playing video games at a young age while living with his maternal uncle’s home because of his mother’s unstable health. At age 4, he was already fond of gaming consoles. No wonder he’s become a great gamer with a quick grasp and amazing gaming skillset.

He went to Fordson High School but didn’t go to college afterwards. Rather than attending college, Myth took the risky path of becoming a full-time streamer.

Myth began streaming in Twitch around 2016 mostly playing Paragon by Epic Games. However, his YouTube channel was already active way back 2013.

His popularity skyrocketed when he began playing Fortnite in 2017. This was after the Paragon server shut down in late 2016. Building his Fortnite career, it wasn’t long before he was dubbed as one of the BEST Builders in the game and community of the franchise.

When Myth started Twitch streaming, he was basically playing any battle arena game. As time went by, he broaden his horizon by playing other FPS games too. Some of the games he’s streamed on Twitch are the following:

In 2018, he joined Team SoloMid (TSM) and became the team captain of their Fortnite roster. With him being captain, TSM was able to win multiple Fortnite tournaments. In fact, Myth has won more than $55,000 in prize money in tournaments he’s been participating in.

Myth Net Worth – How They Made Money

How Much Money Myth Earns From Twitch?

With the current 7.4 million Twitch followers, Myth should earn by active subs, ads view, and also with cheering feature that has become available on Twitch in the form of tips and donations through a StreamLabs tip jar. He also has quite a number of Twitch subscribers. Myth has around 5,000 active subscribers and receives $3.50 for every tier subscriber. He also earns $2 for every 1,000 views each stream. So, Myth makes roughly $17,000-$20,000 Twitch monthly income. 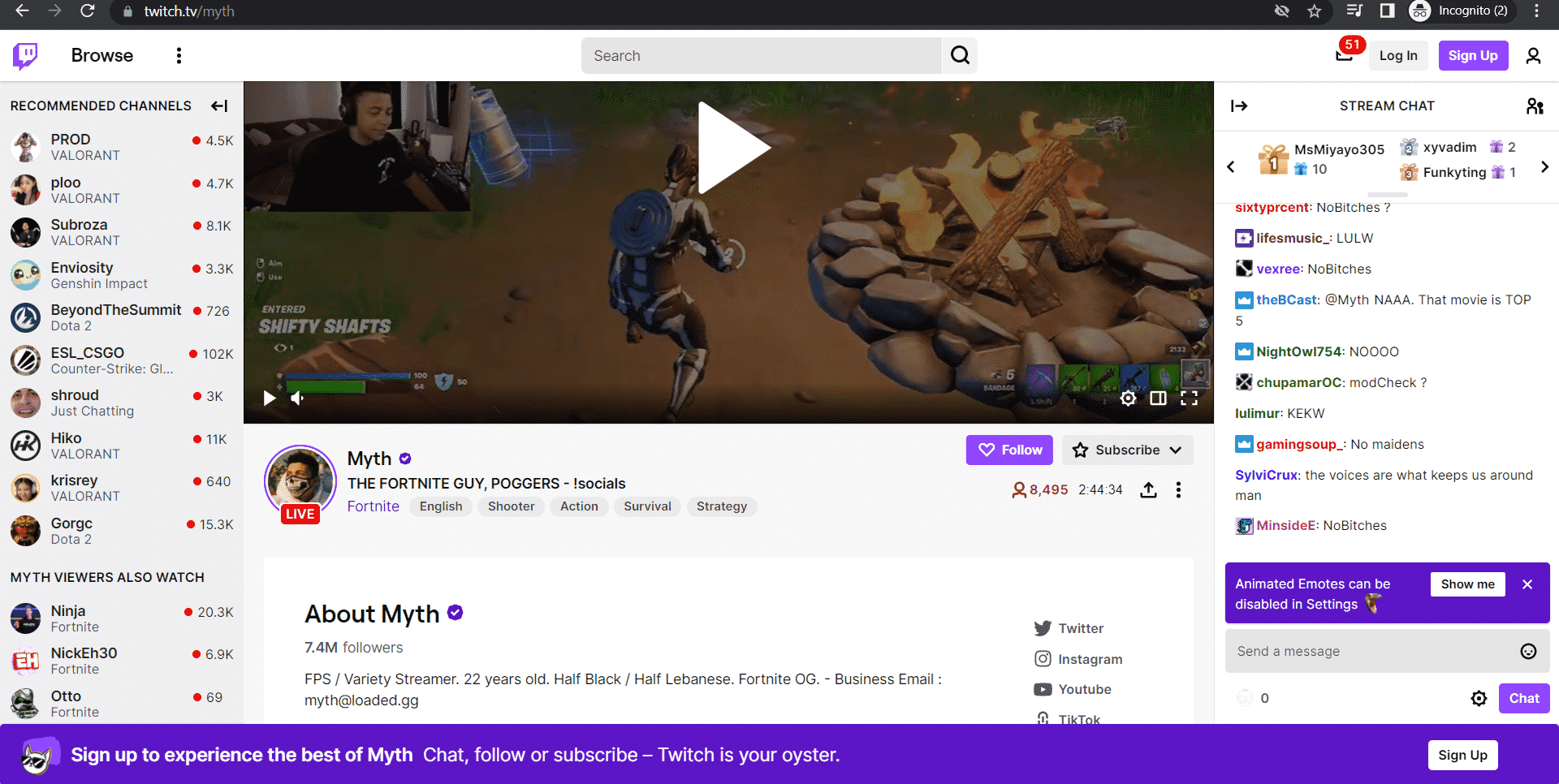 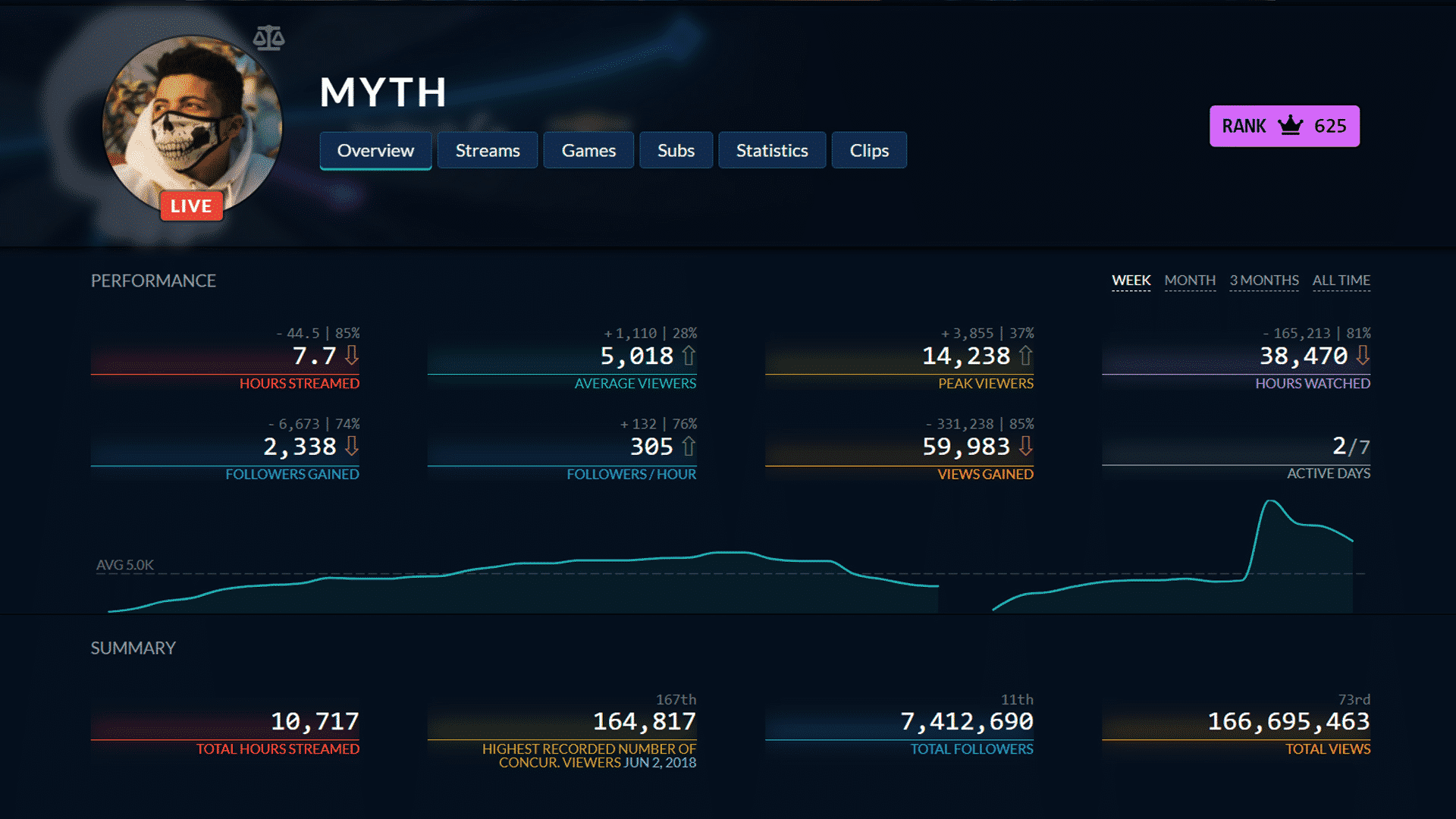 With YT, streamers earn mainly through YouTube ads. Myth uploads content to his YouTube channel like stream highlights or tips on some of his gameplays that are mostly about Fortnite. He also uploads video tutorials on how to make the best builds in Fortnite Battle Royale. 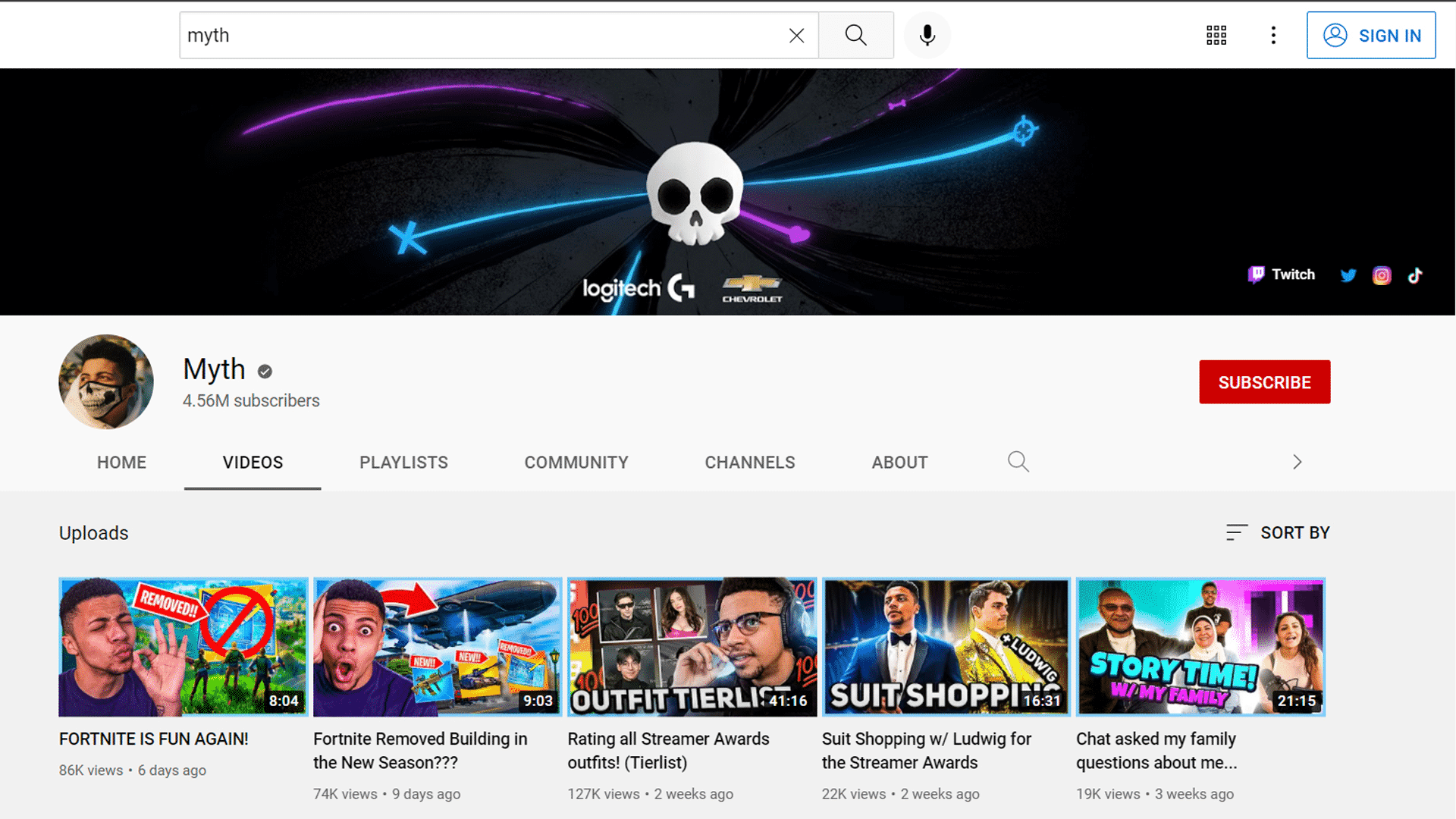 Myth has had his merch available on the TSM merchandise website. However, in recent news, his merch collection was somehow taken down from the site.

You can still purchase Myth’s merch on the TeePublic and RedBubble platforms.

Being a top-tier Twitch partner, Myth has attracted major sponsors for his streaming setup. He’s been in partnership with Logitech and HyperX Gaming for his gaming peripherals.

Myth’s estimated net worth is set to rise up to $3.8 million by the end of 2022. He’s already earning so much (based on estimate) even without disclosing his monthly salary from the eSports organization he’s currently affiliated with.

Who is Myth’s girlfriend now?

As much as possible, Myth wants to keep his personal life private. He is currently single, and not in a romantic relationship. Many mistakenly asks about Tori Pareno being Myth’s girlfriend but it was all rumors. His internet celebrity crush is Twitch streamer Imane Anys.

Team SoloMid captain, Ali Kabbani, has finally closed his curtain on being a part of the TSM family last December 2021. He said the reason was that he wanted to venture into a new path and find out what he truly wants for himself. He had a good three years run with TSM.

Myth guested in a recently posted content about ‘OfflineTV Drunk Presentation Night‘ with LilyPichu, Pokimane, and other Twitch streamers from Offline TV.

Ali “Myth” Kabbani, as young as he is right now, is able to become very successful in the gaming industry at the age of 22. He’s been around since he was 14 and he’s already accomplished so much in just five years. For aspiring content creators and streamers online, just like Myth, don’t be afraid to take risks that you believe might bring you into a bigger stage.