Here’s how much money Mongraal makes and some personal details about him.

Mongraal is a British professional gamer from the United Kingdom who joined Team Secret when he was 13 years old. In the year 2019, he joined Faze clan. Mongraal primarily plays Fortnite for his squad, but he has decided to branch out into content creation on YouTube and Twitch. He streams on Twitch and posts live highlights on YouTube regularly.

Mongraal was born Kyle Jackson on August 13, 2004, in Kent, England. He grew up in an MMORPG environment, and his parents enforced rigorous regulations on him as a child. He was allowed to play as long as his studies did not suffer and helped around the house.

Mongraal’s interest in video games began when he was eight years old. He would eventually make the switch to competitive gaming. Jackson became one of the world’s youngest professional esports players when he was 13 years old.

Mongraal used to play the famous Call of Duty game before discovering Fortnite. He then moved to H1Z1 before settling on Fortnite Battle Royale as his primary game.

Kyle Jackson is presently a member of the Faze clan. Jackson has competed in a lot of tournaments with FaZe. Although he cannot earn money as a team member, he does receive a portion of the prize money.

Mongraal Net Worth – How They Made Money

Mongraal made the most of his money via competing in tournaments, advertising on YouTube, sponsors, and streaming on Twitch. Mongraal’s net worth is estimated to be $1.5 million.

Twitch Partners and affiliates like Mongraal make money from subscribers, advertisements, and donations on Twitch.

Subs – Mongraal qualifies for the Twitch 50/50 split based on his monthly subscriber count. This means he earns $2.50 per tier 1 Twitch subscriber.

Ads – Mongraal earns money from advertisements that appear on his stream. His cost per 1000 views is estimated to be around $2.

Mongraal has 4.6 million subscribers on his YouTube channel, and he publishes around once a week. Every video has at least one million views.

YouTubers like Mongraal can earn money by displaying ads on their videos. YouTube will pay between $1 and $4 per 1000 views in the gaming category, depending on your viewers’ age and location.

Mongraal has numerous sponsors. Mongraal will charge sponsors to advertise their items live stream. He also receives merchandise from them and affiliate commissions on sales made through his connections.

How Much Does Mongraal Earn From Twitch? 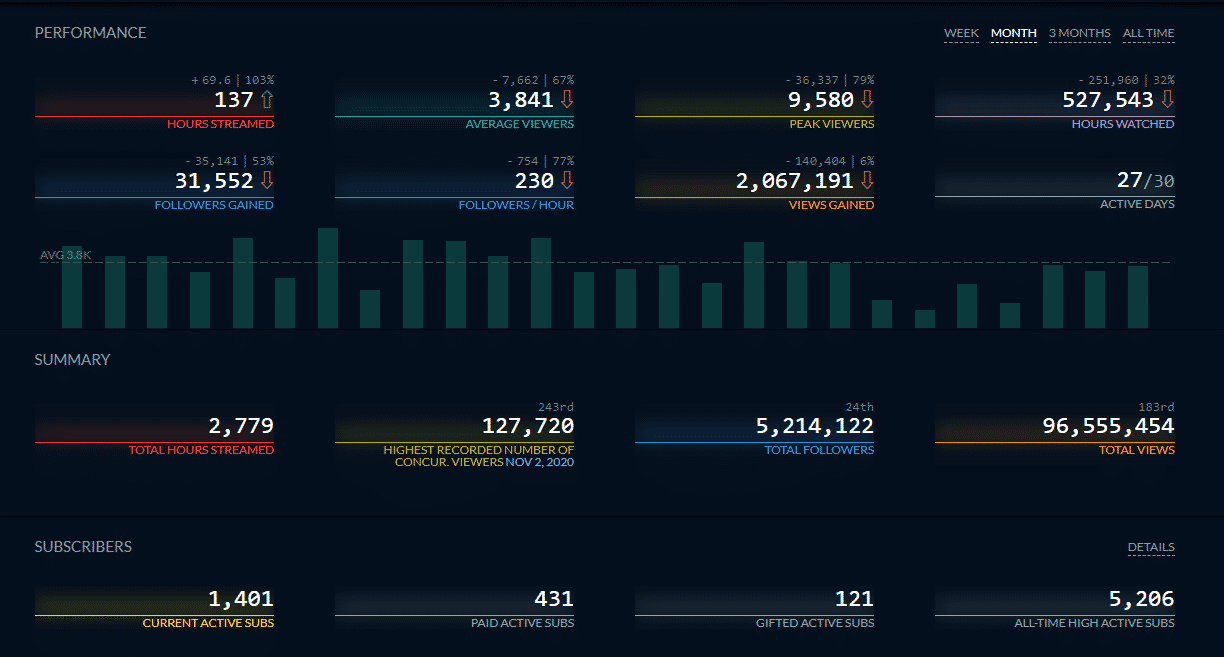 Mongraal earns approximately $9,636.88 per month from Twitch. This is broken down as follows:

Donations and Bits – On average, a Twitch streamer like Mongraal can earn $1k – $2k each month from donations.

Mongraal makes the majority of his money on YouTube through Ad revenue. According to Socialblade, he received 4,005,939 views last month. We can estimate his YouTube income if we break this down.

How Much Does Mongraal Earn From Fortnite

Mongraal competed in 70 fortnite tournaments. According to Esports Earnings, he earned $691,204.22 from Fortnite events.

As a streamer, you can promote a wide range of brands and products to your Twitch audience, including gaming hardware and fashion brands and drinks. Brands usually approach streamers they want to partner with, but nothing is stopping you from approaching brands directly. We estimated Mongraal makes around $10,000 per month from sponsorships.

Mongraal, the Fortnite sensation, has an extensive fan base on YouTube and Twitch. We hope this post has helped you figure out some of his personal information, estimated net worth, and earnings from Twitch and Youtube.