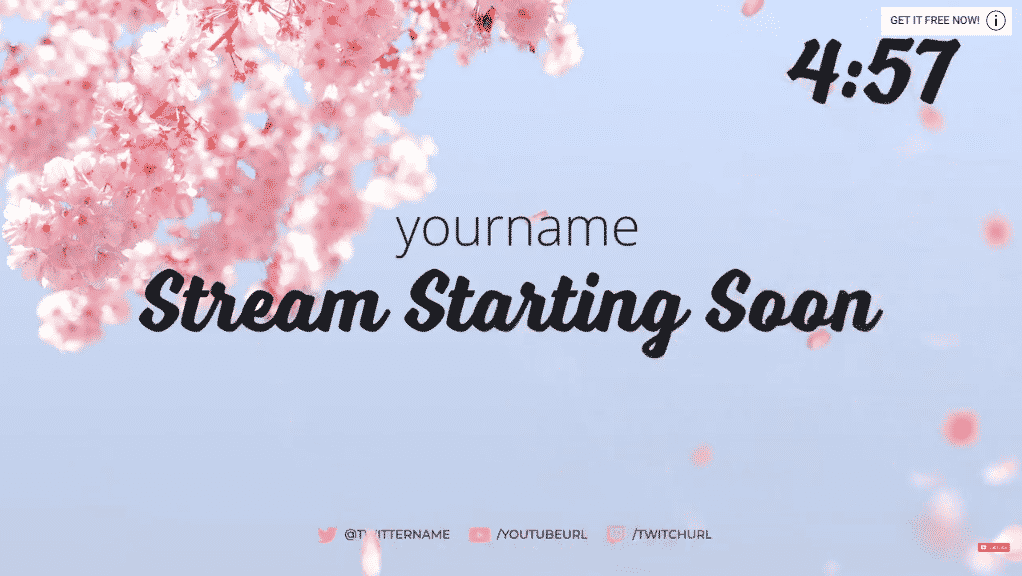 Should You Play a Starting Screen on Twitch?

A Starting Soon Screen is a pre-content scene that is meant to allow time for viewers to get in and get hyped for a live stream. Many streamers usually utilize a 3-10 minute timer that indicates when they’ll be starting the stream.

This article will go over why you should or shouldn’t include a Starting Soon Screen in your stream.

Should You Play a Twitch Starting Screen?

Whether you should play a Starting Screen on your stream is your personal choice as a streamer. A few things you should consider prior to deciding if you want to use one are the following:

To make it clearer, if you have a relatively big audience that is already hyped and ready for your stream when you go live (pro tip: having a consistent schedule helps with this!), having it wait for 3-10 minutes before you start the stream might not be the most beneficial for you, as many streamers choose to put it up to get their viewers hyped for their stream. However, if you’re a small streamer and you feel like people usually come in at around the 5-10 minute mark of your stream, having the timer there might give you a little more confidence, as you’ll have a few more people chatting.

Moreover, many streamers use the Starting Soon screen to avoid the awkward few minutes at the beginning of the stream. You know, when you’re checking to see that you’re live, posting on Social Media and Discord that you’re going live, etc.

Let’s go over some of the Pros and Cons to playing a Starting Screen on Twitch.

Pros to Playing a Starting Screen on Twitch

Cons to Playing a Starting Screen on Twitch

To conclude, notifications and display on Twitch’s sidebar are ways in which followers most commonly will learn that a streamer is live. Therefore, we can assume that before a notification reaches your audience, they will have no way of knowing you’re live (and keep in mind that Twitch’s live notification only goes off a few minutes after the stream starts).

With that in mind, as mentioned, whether you should play a Starting Screen on your streams is up to you, but if you do choose to put one up, try to make it between 3-5 minutes, so your viewers don’t have to sit around and wait 🙂