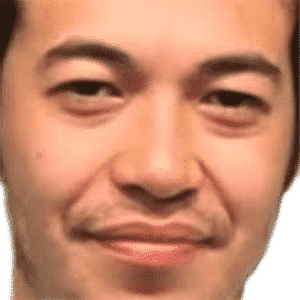 WeirdChamp originally appeared on Reddit on July 2, 2018. It was added to the FrankerFacez collection shortly after and has been used on Twitch ever since. It has continued to spread ever since and remains one of the more popular emotes.

WeirdChamp is the face of Ryan “Gootecks” Gutierrez’s who is also the face behind the PogChamp emote. The name WeirdChamp is based on the original caption with the image which read “FeelsWeirdPog.” Pog referred to the original popular emote, but the name came from a further suggestion, “WeirdChamp.”