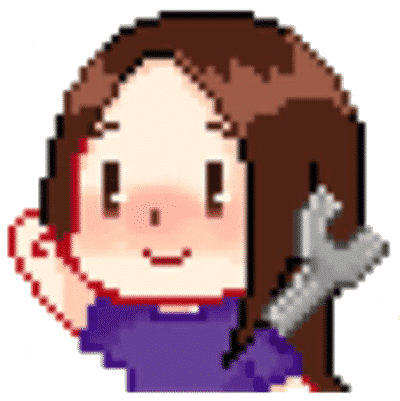 VoHiYo is known by Twitch viewers as the “Weeb” (Weeaboo) emote. VoHiYo has often been used to either refer to someone as a weeb or in reference to anime in general. Others use it to say “Hello” as it was originally intended or at the end of a technical explanation.

Released: c2011 – probably around the same time that Kappa was added, it was one of the original Twitch emotes.

Not much is publicly known about this emote. VoHiYo is an emote of a brown-haired girl in a purple shirt with a wrench. She is based on the the real-life Twitch moderator, Volary. The wrench is supposed to be on her back as though it was carried like a weapon or staff.

VoHiYo is unique in that Twitch allows one variation of the emote per channel, so long as the derivative doesn’t use any original assets from the VoHiYo emote. The only other emote where derivatives are allows is Kappa (2 per channel).

VoHiYo is known as the “weeb” emote and is used in reference to anime and those who love the genre. A “weeb” or a “weeaboo” is a non-Japanese individual who is obsessed with Japanese pop-culture and anime.