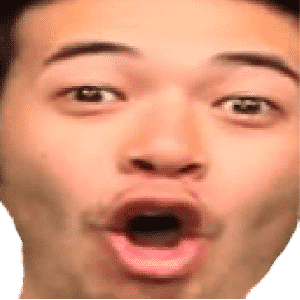 The PogU emote is considered a variant of the PogChamp emote. PogU is generally used when a streamer does something cool or exciting, like beat a hard boss in a game. It can also be used to express surprise or shock. You will need to have the BTTV extension to use Pog.

The Pog emote is based on the PogChamp emote which was taken from a blooper video of Ryan “Gootecks” Gutierrez’s reaction to a cameraman tipping his tripod. PogU was taken from the same video when Gutierrez faced the camera while still making that iconic expression. You can read more of the story on our PogChamp emote page.

PogU is one of the most popular FrankerFaceZ emotes frequently used on Twitch.