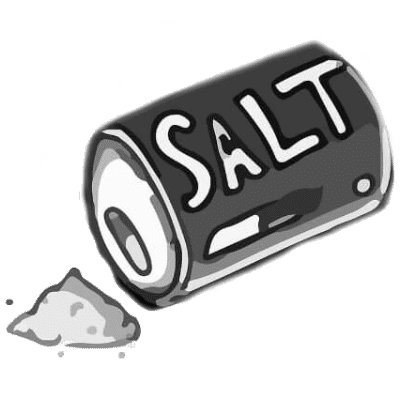 The PJSalt emote is used on Twitch when someone is “salty” about something. This means they are upset, frustrated, or bitter about an event that happened on stream, in the chat, or even in a real-life situation.

PJ Salt has become so popularized that gamers use it as a term instead of the actual word salt even when they aren’t on Twitch or using it as an emote. While this is a simple, black-and-white emote, it has become extremely popular to use when streamers or other viewers seem to make mountains out of molehills.

The term PJSalt was added to the urban dictionary on December 31, 2014. Like the emote, the definition is that it is used when someone is emotionally tilted or hurt by something that happens.