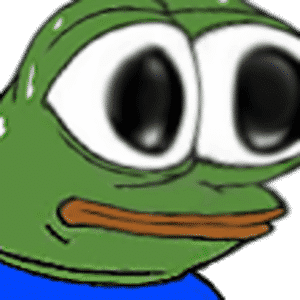 MonkaGIGA is a FrankerFaceZ or BTTV emote that is generally used when someone is trying to convey anxiety, horror, or shock due to something that is happening on stream or in chat.

The emote is very popular due to its similarity to the MonkaS emote, but the eyes are nearly popped out of his head to show that the user is on the edge of their seat in anticipation of what will happen next. It is typically used when watching a scary horror game.

MonkaGIGA is an emote that is part of the “Pepe emote” family. You can see and access it and other emotes with the BTTV extension added to your Twitch account.

MonkaGIGA is often used when a streamer is playing a suspenseful game or one of the best horror games. It, like other popular emotes on Twitch, is based on the popular MonkaS emote.

Pepe the Frog is a character that was drawn into the comic called Boy’s Club, created by Matt Furie. The character was created in the early 2000s and was one of four roommates who shared their lives together in the pages of the comic.

In 2016, Pepe was adopted by the alt-right movement and white supremacists and was used in hate-related content. It is important to note that Furie was frustrated by variations of Pepe being used as a hate symbol and sued some of the organizations involved.

How to Use the MonkaGiga Emote in Twitch Chat

While MonkaGiga is one of the most used Twitch emotes, it isn’t actually available on the platform itself. To use it, you will need to either install the FrankerFaceZ Twitch extension or the BTTV plugin.

Both of these programs are third-party extensions that allow Twitch streamers to upload personal emotes that are relatable to their communities.

To use the FrankerFaceZ Twitch browser extension, all you need to do is connect to the platform with your Twitch account and install the plugin. At that point, you can configure your account settings to determine which emotes can appear where on Twitch. Search for MonkaGiga and add it to your selection.

You can also add MonkaGiga and other popular emotes on Twitch by using the BTTV extension. Once the browser extension is downloaded, you can join with your personal Twitch account. At that point, you can search for this popular emote and many variations to use in chats all over Twitch.