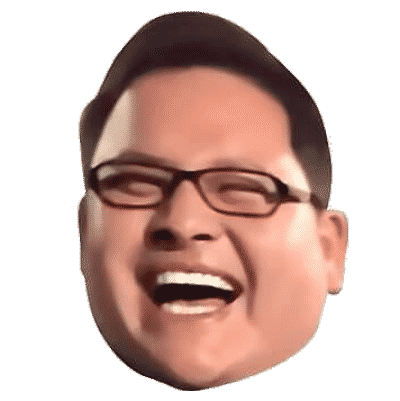 The MingLee emote is used on Twitch to insinuate laughter or general sassiness. It can also be used in the same way that a general smiling or laughing emote can be used.

Note: Unfortunately, the MingLee emote is also used as a racist emote when an Asian is on the stream.

The MingLee emote was taken from a picture of a Twitch employee, Chris Mead. The general usage varies and isn’t set in stone. It is generally used between 100-150 thousand times per day.

As with the Trihard emote, there is some controversy around the MingLee emote as it has been used in a racist way when viewers spam it in Asian channels. While the emote isn’t racist itself, it can be triggering for a streamer to have to deal with racism in their chat on a platform where they are trying to grow.

According to online dictionaries, MingLee is a phrase used when referring to someone who doesn’t have a webcam and has a smooth voice.