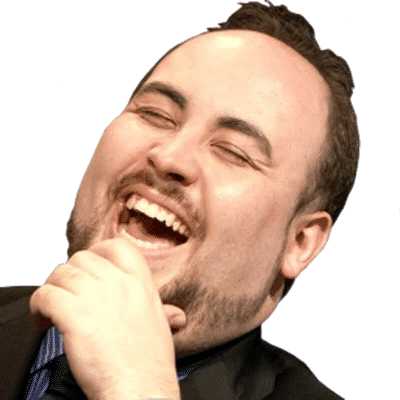 Have you been searching for a Twitch emote that can express your lame uncomfortable laugh? Look no further than the LUL emote. As one of the most popular emotes on the platform, many Twitch users use LUL to express when they are laughing, whether they intend it to be a sarcastic laugh or genuine.

The acronym LUL stands for “Lame Uncomfortable Laugh.” The LUL Twitch emote is used to express laughter and joy and depicts the late streamer, TotalBuscuit. It is often used on Twitch in the same way that you would use a laugh emote when messaging friends on other platforms.

Whether you know the LUL definition or not, you will likely see it used all over Twitch, not only to express “lame uncomfortable laugh” but also “laughing out loud” or “rolling on the floor laughing.” Lul means laughter, essentially.

The LUL emote was originally uploaded in 2014 by John “TotalBuscuit” Bain. On his channel, the emote was called “Cynicallaugh.”

Shortly after its debut, the photographer, Jonathan Tayag, asked for it to be removed from the platform as he hadn’t given permission for it to be used. Twitch complied.

After some back-and-forth, Tayag released the photo with the stipulation that it could only be used for free and not as a subscription perk. It is now one of Twitch’s most popular global emotes and there are many BTTV variants of it.

How to Use the LUL Emote on Twitch

As one of the official Twitch global emotes, you can use the LUL emote without having to install additional browser extensions (such as BTTV). Simply type “LUL” in the Twitch chat and the emote will show up as soon as you press send.

Alternatively, you can open the emotes box by clicking the emote icon in the chat’s “send a message” box. Scroll down to the global emotes and choose the LUL when you find it to place it.

While the most common definition of the LUL emote stands for “lame uncomfortable laugh” but is also frequently used as an alternative for typing lol (or “laughing out loud”). The acronym definition isn’t the only usage of this slang term and once you see it used in phrase examples on the site, you will be able to use it correctly as well.