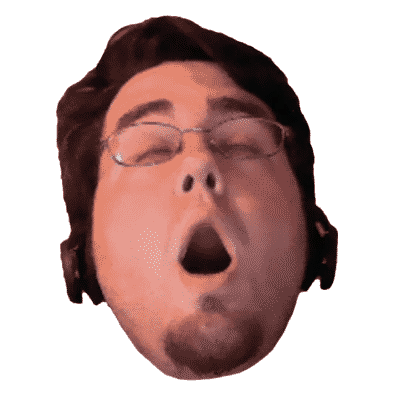 The Kreygasm Twitch emote is used as a shocked, surprised, or as an excited expression, such as “Wow” or “Holy Crap.” It is also used when something suggestive is said on stream or in chat. It is typically used as a reaction to amazing gameplay.

The Kreygasm emote is of the face of Kreyg, a Twitch broadcaster.  Kreyg was approached in 2011 by a Justin.tv employee, Hassan Bokhari, who asked if he would submit an emote to the platform.

At first, Kreyg declined the offer but changed his mind a few months later. As the term “Kreygasm” was an inside joke within his community, he took this photo for the submission.

It is generally used when someone is wowed by the content or if they want to express pleasure.