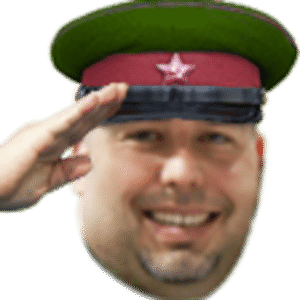 The KKomrade emote is a FrankerFaceZ emote that is based on the popular KKona Twitch emote. While the KKona emote is known as the “Redneck” emote that is used to mock American culture, KKomrade was created to target Russians with the same mockery.

Because of the Rivalry between Americans and Russians, both emotes are fairly popular when mocking or play mocking people who sterotypically represent their country.