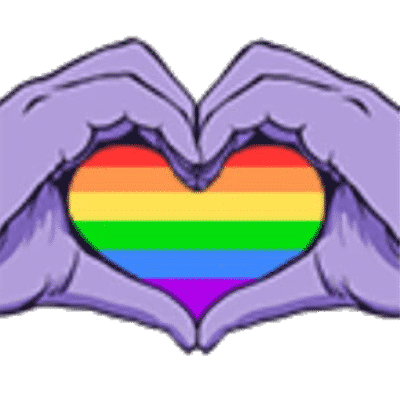 The GayPride Twitch emote is used to identify oneself as either a part of the LGBTQ+ community or in support of it. It is often used if someone in chat or on the stream comes out as being LGBTQ+.

In 2020, Twitch released 25 emotes that were handed out in chat from June 15-July 15. When a viewer subscribed to a channel, purchased gift subs, or donated 300 bits or more, they would receive a pride emote and others would be randomly handed out to the chat.

Twitch donated a portion of these donations to The Trevor Project and the National Black Justice Coalition.

Here are the emotes that were handed out: