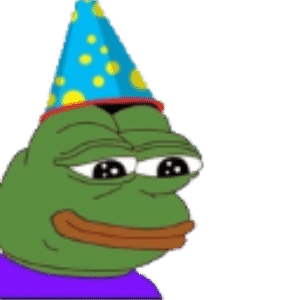 Since the Pepe the Frog emotes have become so popular, any that convey a special meaning are often used more than similar emotes without the same character. This one shows the frog with a birthday hat and a sweet smile on his face.