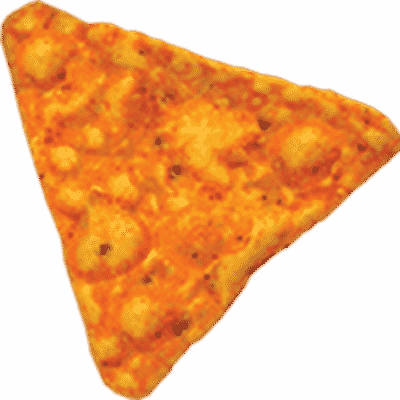 The DoritoesChip emote is used on Twitch in celebration of the crunchy tortilla chip snack. Some viewers use it when food is used in the game. Other communities will pretend to give Doritos to each other or to the streamer.

The DoritosChip emote is based on the popular American tortilla-chip snack by the same name. Doritos have been produced since 1964 by the Frito-Lay company. While the original chip was not flavored, several popular flavors have been introduced throughout the world. The chip is very popular among gamers and streamers alike.