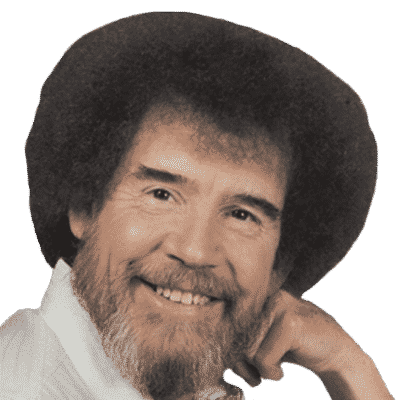 The CoolStoryBob Twitch emote is used in the celebration of Bob Ross or when someone tells a “cool story.” It is often spammed on the Bob Ross Channel on Twitch. It is also used on channels who celebrate Bob Ross, such as when Kitboga ends his stream with, “Happy painting and God bless.”

In 2015, Twitch hosted its first BobRoss marathon, and the channel still runs every weekend to this day.

Bob Ross was a painter who filmed the show “The Joy of Painting” from 1983 to 1994. He was well-loved for his gentle nature, his quippy saying, and the way he wanted to teach anyone to paint.

Unfortunately, Bob passed away in 1995, but his show and his spirit live on. Many people visit the BobRoss channel to be uplifted and to talk with other happy people.

The emote was released along with the first marathon and is used when Bob Ross or the channel is mentioned, or if someone seems especially friendly or happy and tells an uplifting story.