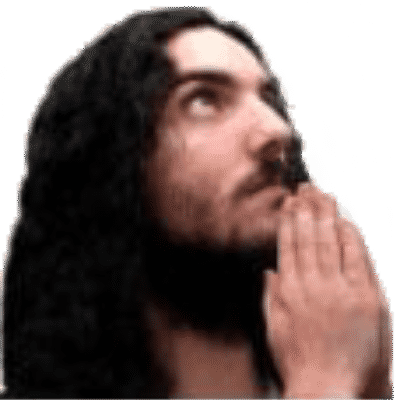 The BlessRNG emote was used on Twitch to “bless a stream” in a tongue-in-cheek way or along with a religious reference. Many people used to use it when referencing the “Twitch gods,” possibly begging for the Golden Kappa.

The image of Brad “BlessRNG” Jolly, a Twitch streamer. BlessRNG’s Tweeted about the emotes addition on March 2, 2017.

The emote is generally used to “bless” a stream due to the resemblance that BlessRNG has to Jesus. It is also used whenever religious references are made.

BlessRNG was banned from Twitch in June 2020 after he admitted to abusive conduct with his ex-girlfriend. The BlessRNG Twitch emote was removed at the same time. BlessRNG’s removal was one of many during a stage of hundreds of allegations.