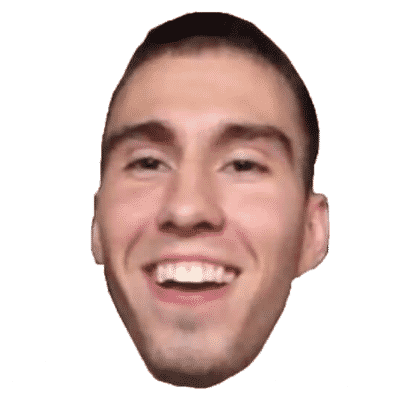 The 4Head emote is used in response to jokes or memes. It can be used in both a sincere and in a sarcastic way and is often used after someone uses a dad joke or says something cheesy. People should be able to tell its usage with context.

Released: Currently Unknown, but popularized in  2015

4Head is an image of Cadburry, a popular League of Legends streamer. The emote is popular due to his happy reaction.

It is often used when people are genuinely laughing. They will spam it in chat when cheesy jokes are made or when something extra-funny happens.