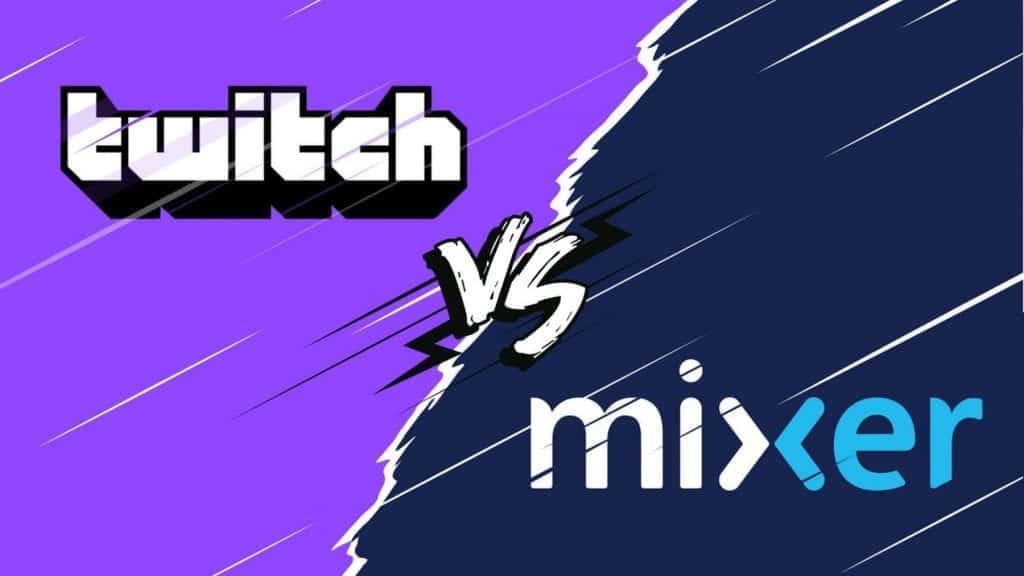 Mixer vs Twitch – Which is Better for Streaming?

Should You Leave Twitch for Mixer?

Recently many streamers have been asking if they are better off on another platform. Many opinions are going around, and some are feeling extra anxious as top streamers leave their grown channels to “start over” on another platform. In this article, we will look at some of the reasons why people are leaving Twitch and give you points to consider before you make your own move.

Notable Streamers who Have Switched Platforms

In April 2019, PewDiePie, one of YouTube’s most popular creators, announced that he was going to live-stream on DLive. While this wasn’t necessarily seen as a “switch” as he still creates content for YouTube, fans were astonished that he chose a lesser-known streaming platform.

Tyler Blevins (Ninja) made major news in August 2019, when he announced that he was moving from Twitch to Mixer. As the individual streamer who still holds the record for the most concurrent views on Twitch, his decision sent shockwaves through the industry, leaving many other streamers asking whether they should transfer as well.

Later in August, Twitch was able to recruit a streamer from YouTube Gaming. Nick Eh 30 is a Lebanese Canadian who had over 4.5 million followers on YouTube.

Just as the hype around Ninja’s move began to settle, Mixer signed another major Twitch streamer. Shroud joined the Mixer family in October 2019, leaving many Twitch viewers asking, “Which streamer will move next?”

YouTube has also recruited two major Twitch streamers, Lachlan Power and Jack “Courage” Dunlop. With so many well-known streamers switching to different platforms, how do you know which is best? Should you leave Twitch for Mixer?

Why are Streamers Leaving Twitch For Mixer/Other Platforms?

There are several reasons why streamers are leaving Twitch for other platforms. We have listed three common ones:

Don’t decide to leave one platform for another unless you have solid reasons to do so. It takes a lot of work to get very far in this business, and starting over on everything can lead to burnout. Here are a few things you should consider before you make the switch:

Should You Restream or Multistream?

While we don’t recommend restreaming on a normal basis, if you aren’t an Affiliate or Partner, it is a good way to gauge other communities. If your current channel is monetized, you can also create a channel on another platform and stream to it periodically outside of your normal schedule. Once you have tested the waters, you can decide whether or not you want to dive right in.

On the other hand, streaming to multiple platforms is a good way to build an audience to funnel into a specific community. The best program to meet your restreaming needs is Restream.io. They let you seamlessly stream to multiple sites at the same time.

There is no right or wrong answer when it comes to whether or not you should move to another platform. The decision shouldn’t be made lightly. Make sure to keep improving your content no matter where you decide to stream. That is ultimately what will grow your community.