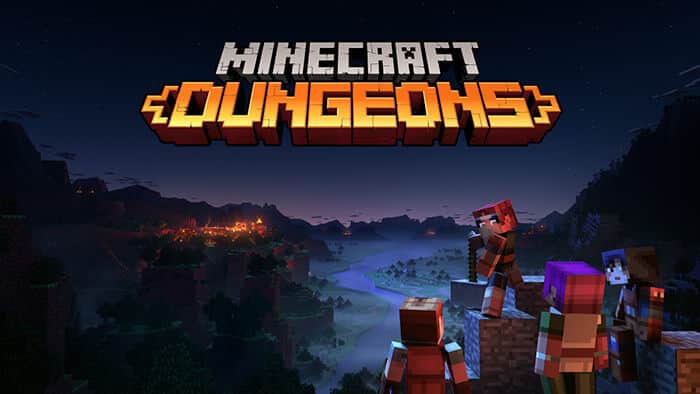 Minecraft Dungeons is a dungeon crawler and Mojang’s first venture in this game genre. As you can imagine, it has very common mechanics of other games in this style; loot ranking from common to epic, treasure goblins (or in this case, treasure pigs), and merchants stationed at base camp for trading.

With the DLC having been released on July 1, I believe it’s only going to get bigger and bring more avid members from the general Minecraft community into it with heavy advertising over the Minecraft Java launcher.

The first expansion, Jungle Awakens, will bring new mobs, quests, and a whole new area to explore. It also expands on pets, a feature I personally enjoyed, introducing the ocelots into the title. Lastly, with new weapons being introduced to the game, it brings back that reason to play, at least for a short while.

Where Minecraft Dungeons Could Improve

From a gamer’s perspective, is there isn’t much content to keep playing it. As you progress through the game you’ll find that, although the difficulty adapts with you the more you level (up to level 55 maximum), the quests are all essentially the same.

There isn’t a reason to keep playing beyond a certain point because it then becomes too repetitive. Don’t get me wrong, it’s a fun game to play but it’s not the most gripping narrative. However, this is where streaming comes in.

Why You Should Stream Minecraft Dungeons

On Twitch (at the time of writing this) Minecraft Dungeons category has 214,000 followers – this means it sits alongside some of the less saturated titles on Twitch which are often good for streaming, such as Borderlands 3.

Where the story lacks, it gives time to focus on chat and engage with your audience between quests and it really is a fun dungeon crawler to even just watch. Its Minecraft-esque look and the homages to mobs like the skeletons and creepers are visually delightful, which please that Minecraft lover in us all.

The community that follows it is dedicated. Where it lacks in narrative, it gives you the chance to connect with your audience. During my own stream of this game, I managed to connect with new followers enough to see them returning to future streams and create interest with my already established community.

It seems to have a very relaxed audience (at least on Twitch), that are just there to get to know you, no matter how you play – and not a lot of trolls! I believe as a smaller streamer this will be an opportunity missed if you weren’t thinking about introducing your audience to this!

You can play up to four players co-operatively with Minecraft Dungeons, either online or locally. The number of mobs you will face, the loot, and the overall difficulty will change based on the party size to keep things fun for all players.

For a dungeon crawler based on a totally different style of game, Minecraft Dungeons is the best there is! There are obvious rooms for improvement, but as the first step into this genre, it holds up to its expectations. It’s not Lara Croft And The Temple Of Osiris that’s for sure!