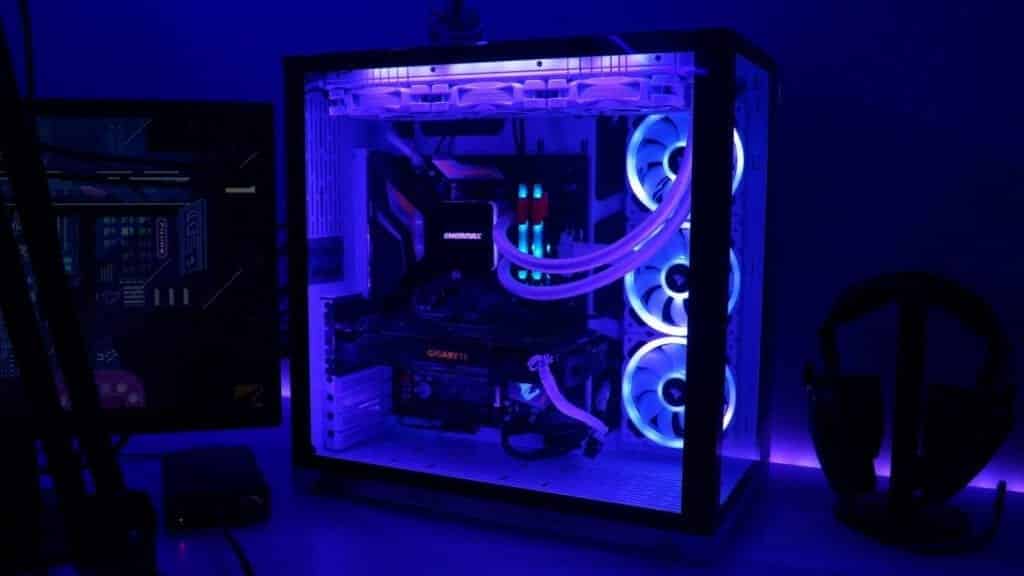 Most of us have experienced the headache of playing a game that seems to push the limits of what our PCs can handle. Add another element of streaming and the software involved, and things can potentially feel out of hand. What can be done to help?

If you have a PC that struggles with gaming and streaming simultaneously, you may be able to fix your system by using a Dual-PC setup.

Please note that if you don’t have a PC and you are purchasing the equipment outright, it is sometimes better to put your entire budget into one solid build instead of splitting it into two separate PCs. The set-up requires extra items that could take away from the overall quality of the set-up. There can also be issues with screen tearing (when a part of the screen’s image is shifted) due to capture cards.

In this article, we will cover both the pros of cons of using a 2-PC set-up and give you instruction on to put it together.

You will need at least 2 monitors, 2 PCs, a capture card, and HDMI cables.

The basic dual setup is to route the gaming PC to the Streaming PC through the capture card. Connect each tower to its individual monitor. We recommend having (at least) two monitors for your set-up.

If you are using an internal capture card, install it inside the streaming PC per the manufacturer instructions and connect the gaming PC to it with an HDMI cable.

If you are using an external capture card, plug it into your streaming PC with the USB. Connect the gaming PC to it through the HDMI cable. Make sure that you install all the necessary drivers to help it function.

After everything is set-up correctly, access your display settings on your gaming computer. Ensure that your capture card is working as a “duplicate display.”

In order to transfer your game data to your streaming PC, you will need a capture card. We recommend looking into one of these:

Do You Need a Dual PC Streaming Setup for Twitch?

Most streamers don’t need a dual PC set-up. The only time you should consider it is if you are playing a CPU-intensive game that stretches the limits of what your PC can handle. Adding the stream element to this computer can create lag and other gaming issues, which can be frustrating for both you and your audience.

Running the streaming process on a second PC will relieve a lot of the pressure on your primary computer. You can also look into other options before you rush out and buy a second tower. These options include:

The benefits of having a dual PC set-up are as follows:

The drawbacks of having a dual PC set-up are as follows:

If you have two PCs and are unsure which to configure for which purpose, here are some tips:

Unless you have a spare PC lying around or you are advanced in your streaming career enough that you want to capture far better video for storage, using one PC is enough. Invest in upgrading its components to have it run smoothly.