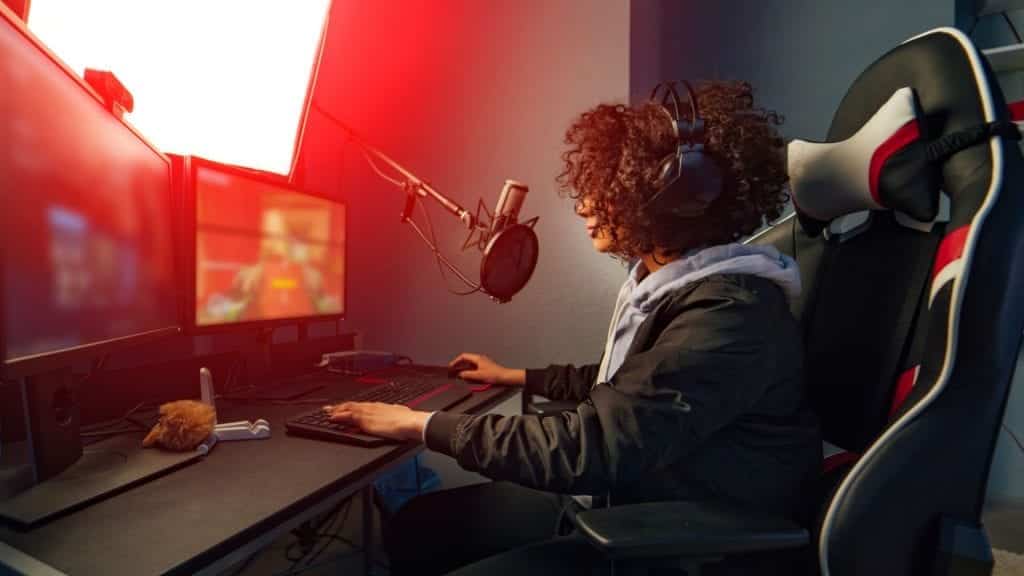 Regardless of your gender, race, sexual orientation, etc… unless you already have a large following off-platform or you are an ex-pro, you will have a difficult time growing on Twitch without a marketing strategy. People don’t get hung up on that, though. Instead, they want to know “who has it easier.”

Nevertheless, this post will try to tackle whether or not female streamers get more viewers.

Body painters, hot tub streamers, or females whose main category somehow showcases their body (often given the misogynistic labels of “Twitch Thots” or “Titty Streamers”) will not be included in the bulk of this post, but I knew that they needed to be addressed. So here is my disclaimer:

Unless you are a male who is trying to “make it big” on Twitch by body painting or doing a hot tub stream, you are not in competition with these women. They have an audience that is specifically coming to Twitch to watch them. While some Twitch users DO watch both their content and gaming content, they are still a unique market. Arguing that they are taking your viewers would be the same as Coca-Cola worrying about milk consumers instead of focusing on competing with Pepsi. Their viewers are not your target audience.

That being said, when originally researching this article in 2021 (it has been updated), I looked at the current listings for streamers with the most hours watched in the last 90 days. When I checked, Amouranth was the top female streamer, coming in at number 77 (in the most recent article, she came in at 51 and is still the highest-ranking female). If we removed her from the list (since she falls into this category), we would then need to jump to 114 before we got to the next female streamer, Pokimane.

If “hot tub streamers” were truly taking all the views, there would be several more listed in the top 100. As it stands, 99% of the top 100 Twitch channels were either team/community channels or showcase men.

Male vs Female Twitch Streamers – Who Gets More Views?

The general consensus as to whether or not females get more views in general categories where they are competing with everyone is that they get more initial clicks from potential viewers, but have a more difficult time converting those viewers to active community members.

Typically, when looking at channels in the same category and with the same concurrent viewership, female streamers will typically have more followers than male streamers. While the boys club may stand with vindication that their point has been proven, this stat just shows that women just get more initial attention, not long-term results. This means that, generally speaking, men have a better chance of turning a viewer into a long-term community member.

While there are exceptions to every rule, and there are people who will specifically seek out females who play a certain game and will only watch them, women typically have a harder time growing their channels past a certain threshold. It is easier for them to get initial views, but harder for them to meet higher milestones.

Why Is It Harder for Women to Convert Viewers?

Personally, I don’t think it is harder for either men or women to convert their target audience if they can manage to get them into their channel. The hard truth is that it is difficult for everyone. While women may initially attract more attention from curious viewers and trolls, not everyone who clicks on their channel will truly find their content entertaining and stick around.

What this means is that both branding and marketing remain important. Using correct tags, witty titles, thoughtful game selection, and making sure your thumbnail looks enticing will help both men and women find people who will be interested in their personalities and content.

The “Other Side” Isn’t the Enemy

While it would be accurate to say that some aspects of streaming are “easier for women,” it is also true that some aspects are “easier for men.” Instead of wasting precious time arguing on who has it easier, accept that growing on Twitch isn’t easy for anyone. Regardless of who you are, look at your top assets and use them to grow your following and find YOUR audience.