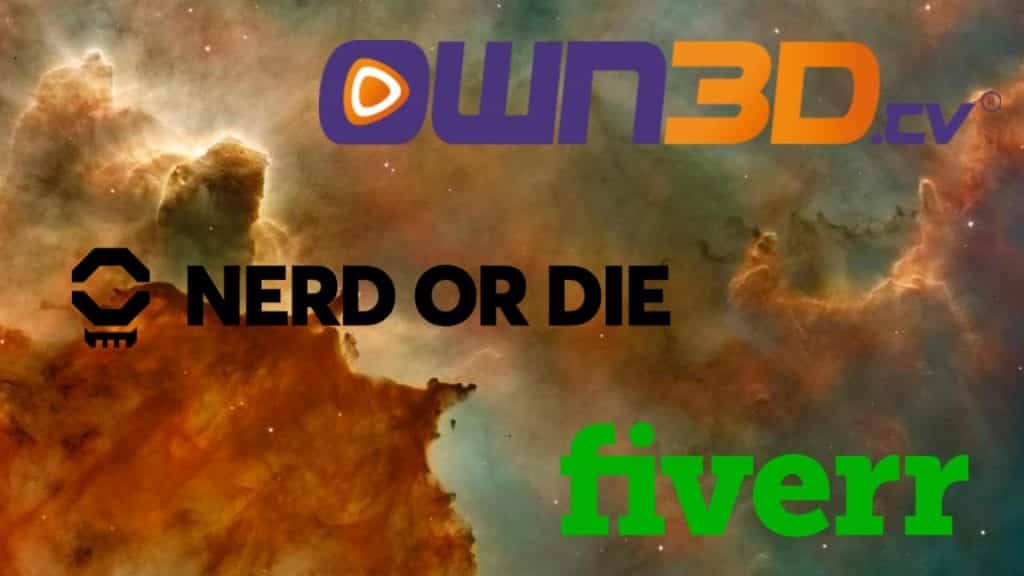 Showing a starting scene before you officially go live will notify your viewers so that they can get ready and assemble on your channel before your content actually begins. A starting screen showcases your brand immediately on past VoDs and when people show up to your stream for the first time. They look professional, increasing viewer retention.

Show your starting screen between 5-10 minutes before your content is commonplace on platforms like Twitch, Youtube, Mixer, and Facebook Gaming. People are wired to pay attention to a count-down timer, making it the perfect thing to start out your stream.

In our experience helping streamers build their channels, these are the four most important metrics when choosing a Twitch Starting soon screen. Here are the criteria we use in selecting our favorite providers:

Placeit is a site where you start with an animated base template that can be edited to match your branding. They have several templates available that you can use to make scenes. You can edit all of the text to add your stream name or create ending or away screens that match. You can also change the background to a video or static image as well as all the colors showing on the screen.

While there isn’t something you can toggle that adds a countdown to the scene, you can add a countdown overlay in SLOBS, OBS, or whichever streaming software you use.

What Else Does Placeit Produce?

OWN3D creates quality packages that show consistency across graphics. Most packages include an animated starting screen that counts down to the moment you go live. While there is less customization available, with dozens of scenes available, you are likely to find something that you absolutely love.

The scenes made with OWN3D work with Streamlabs OBS, OBS, XSplit and other streaming software.

What Else Does OWN3D Produce?

In addition to starting screens, OWN3D also produces the following products that you can use for your Twitch channel:

Nerd or Die has a broad range of packages for streamers that include starting screens for your channel. They have packages designed with almost every genre in mind, allowing people to find something that resonates with their channel and personality. They also come with BRB scenes and ending scenes.

If you use Streamlabs OBS, Streamlabs Prime is an easy way to add a lot of value to your stream. One of the features is access to dozens of graphic packages that have been professionally designed. You can change them periodically to keep your stream up to date with your content. They have several animated starting screens that are easily imported into SLOBS. Several are even customizable to an extent.

In addition to the graphics and starting screens, Streamlabs Prime will give you access to several things:

Fiverr is an online freelancer marketplace where you can find designers with a full range of skills and expertise. You can search for anything you need for your Twitch, Discord, and social media channels to find creators who are willing to design custom graphics for you.

Look for a designer that has artwork you enjoy, then reach out to them about what you want in a starting screen to see if they are willing to create it. Fiverr designers show their prices on their portfolios so that you know how much something will cost going in. Try to find someone who allows you to make 1-2 revisions before finalizing the order.

Visuals by Impulse is an online company created by a man named Caleb. They have a couple of free starter scenes as well as a few scenes for sale. Visuals by Impulse also creates custom graphics on a professional level at various times throughout the year. The company is set up to help streamers in a variety of ways. In fact, Caleb talks to people in Discord every week, answering questions about business and leadership.

Starting screens created by Visuals by Impulse will work with OBS, Streamlabs OBS, XSplit, and other broadcasting software.

What Else Does Visuals by Impulse Produce?

In addition to their starting scenes, Visuals by Impulse produces many other products. These include the following:

Twitch Overlay has several options for both animated and static starting screens for streamers. After choosing one, you can make a few changes to specify exactly what you want before you make your purchase. Their website even shows you what is popular so you can see what other Twitch streamers are looking at.

The graphics made by Twitch Overlay are compatible with Streamlabs OBS, OBS, XSplit and other streaming software.

What Else Does Twitch Overlay Produce?

Starting screens are a good way to bring your viewers to your channel before you start your content so that they don’t miss anything important. Generate hype by remaining in chat and greeting people through messages as they appear.