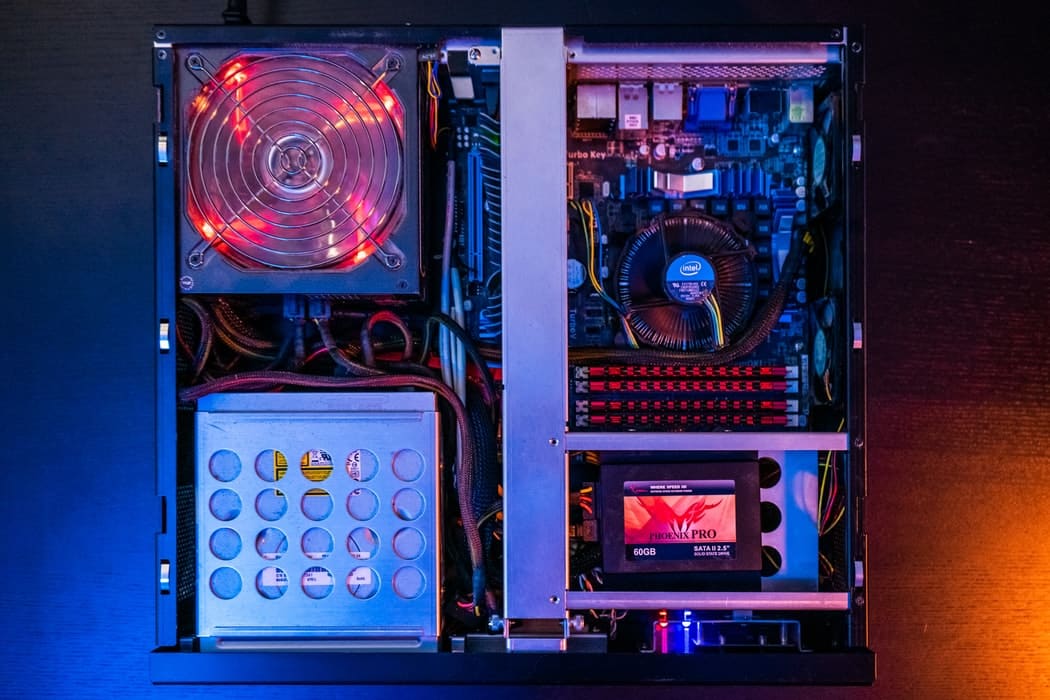 Here you are reading an article on building a streaming PC praying that the person writing the piece knows what they are talking about. Rest assured that with two years of computer science under my belt budgeting a streaming PC is a cakewalk.

Building and budgeting a new streaming PC from scratch can be one of the most daunting tasks of the technological era, especially if it is your first time. With terms such as DDR4, ATX X570, and RAM, it can be confusing and intimidating, as you may not even know where to start. Though these terms can be intimidating, once broken down by component, they are simpler to understand.

Building a PC that fits into your budget in another layer to the onion, but I’ve taken it into account when writing this article to help you build a great streaming PC at an affordable price. Allow me to simplify these concepts and provide what I believe to be the best budget streaming PC.

This post will go over what the streaming PC components are as well as tell you the best budget option for each of the following:

Your CPU (aka the Central Processing Unit) is a small square chip piece that lays in your motherboard and locks into place. The CPU works and interacts with applications, files, and programs that you have installed on your PC. In a sense, it reads and breaks the program down so that you can interact with it. If you see “cores” or “clock speed” this simply increases the number of files it can interact with at a time.

AMD has been killing it as of late in terms of their CPUs and their newest GPUs, I personally love AMD and this Ryzen 3 3100 is perfect for any budget build. As you can generally find this product for around $100, this CPU falls right into the “budget” category. It contains 4 Cores with only 8-threads, but with a budget CPU, that is to be expected.

Your GPU (aka a Graphics Card or Video Card) works closely with your CPU but instead focuses on the graphics of the program you are running. Whether it is a video game, your stream, or even a YouTube video, although some games are more CPU driven than they are GPU driven.

Both are still necessary. Be wary when buying the GPU and CPU for a computer because if you get a killer CPU but a low-grade GPU (or vice versa), your PC will “bottleneck”. Meaning it will not work to its full potential due to the low-grade component. So be sure to choose a GPU and CPU that complement each other, like the two listed below.

While I love all of AMD’s products, their early GPUs don’t quite compare to Nvidia. That’s why the GeForce GTX 1650 (or 1650 Super) is a great choice to pair with your CPU. With these two components, bottlenecking will be much less likely to occur, allowing your PC to run smoothly. In my opinion, the GTX 1650 Super is the best budget GPU for your streaming and gaming experience.

The Motherboard, the bread, and butter of your entire PC build, this hunk of a metal chip is what all other components are based around. Even your case is determined by what kind of motherboard you purchase. This component allows for all others to function.

MSI has always and will always produce high-quality PC components, no matter what you need MSI seemingly has it all. The motherboard is the end all be all of your device, the “Crème de la Crème” if you will. That of course is still the case with this motherboard, coming in with great specs, it is a steal of a motherboard for its price.

Complementing all the parts listed throughout this article and supporting DDR4, memory speed of 2666 MHz, and up to 128GB of RAM, this is a fantastically priced budget motherboard that you could incorporate into your next budget PC build.

Memory (aka RAM), is a short-term type of memory that is being used for an application only when that application is open. So, if you were to launch vanilla Minecraft, it would only use about 1GB of RAM while it is running.

As soon as you close the application, your RAM is essentially returned to you, as if Minecraft was borrowing the memory. In most games, you will need 16GB (or two 8GB sticks) of RAM in order for the game and stream to run smoothly. However, if 4k is the play then it is recommended that you use 32GB.

When purchasing Ram, especially if you want to stream, you will need at least 16GB of RAM. If you have any less than that, your game/stream will crash constantly and it will be an unwatchable experience. That’s why I believe that the G.Skill Aegis is a perfect budget memory. This RAM offers DDR4 3200 speed, letting your game will be looking smooth and fresh.

Solid State Drives (or SSDs) will be your primary storage for your device. They are vastly superior to hard drives when it comes to loading times and installation (especially an M.2 SSD). With my SSD card, my system boots up in about 10-15 seconds. While if I was using a hard drive, the bootup time from when I press the power button, may take anywhere from 30-45 seconds!

Your SSD card will determine the loading time of your computer when you start it up, as well as how much storage you will have on the device. Since this is a budget build, 500GB is the only option for cheap and gives you plenty of room to install a multitude of games. The Samsung 970 EVO SSD comes with 500GB and is also an M.2 SSD meaning it is incredibly easy to install and uninstall into your motherboard.

The Power Supply (or the PSU), does as the name would suggest. It provides power to your entire PC. Therefore you will need to calculate the amount of wattage your PC will use, and purchase a unit based on that number. A higher PSU will not damage your system, contrary to popular belief. If anything your PC may perform better running on a higher PSU.

Since this build only requires about 300w in order to run, you won’t need anything more than a 450w power supply unit. This Corsair CV450 can come in semi-modular or non-modular depending on what you would like. Semi-modular entails that most of the wires you need are already connected to the PSU and cannot be removed.

Non-modular means that there are no cords connected out of the box, therefore you will need to connect everything on your own. I prefer semi-modular personally but it is all up to personal preference.

Finally the case, people tend to write this one off and say, “I’ll just go for the one with the most RGB capabilities. However, this may be the second-largest decision of your build next to your motherboard, as the case determines the airflow.

Airflow is what cools your PC, allowing your parts to last longer and perform at their best. With improper airflow or poor use of fans, your PC can overheat and crash or even restart unexpectedly,  and during a stream, that’s the worst outcome.

The Fractal Design Focus G does exactly what you would want out of a case. Although the RGB capabilities may be limited, it makes up for it in its massive airflow. Allowing for your PC components to stay cool and work as intended. It may not be the flashiest case out there, but for a budget case, it does everything you would want it to. With it being a Mid Tower, you have space to upgrade components as you move along in your PC and streaming journey.

How Much Does It Cost to Build a Streaming PC?

You can currently build the streaming PC described in this article for less than $700. However, you could likely reduce this cost by finding better deals, specifically on the graphics card and the motherboard. Those two components weigh the cost down by quite a bit. If you are patient and search the internet for deals, a streaming PC could cost you anywhere from $600 to $750. If you are trying to stream, penny-pinching on a rig is not going to be in your best interest.

Should I Build or Buy a Gaming PC?

If you are planning to stream or making YoutTube videos, a gaming PC is required for good quality and a smooth experience. If you build a streaming PC, by default you likely have already built yourself a gaming PC. As you have more options, building is recommended.

What Games Can I Run and Stream With These Parts?

With the build listed above, you will be able to play virtually any game you desire. The only warning I would give is to be careful with games such as CyberPunk 2077, graphically intensive games such as Shadow of the Tomb Raider, or games that you intend to heavily mod, such as Minecraft. While these games will run on the PC described above, your framerate (FPS) might take a hit and drop to 30 or possibly lower depending on how high your graphics are or how many mods you have installed.

How Do I Increase My FPS?

Increasing FPS can be a fairly simple task or it could be impossible, it all depends on the game you are playing and what frames you want. I recommend researching and downloading MSI Afterburner. This application will allow you to manipulate the clock speed and memory usage of your PC. Look up and research this program before tinkering with the settings as you may lock yourself out of your PC if your clock speed is too high.