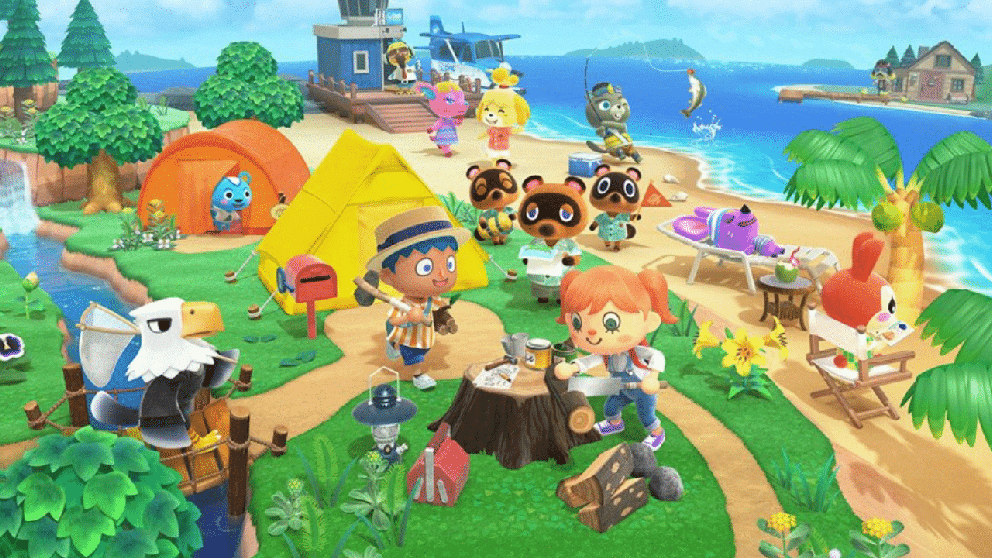 With 2020 coming to an end, it seems fitting to look back at all the great AAA games we’ve had this year. Minecraft dungeons, Animal crossing, and even Marvel’s Avengers are amongst the few great video games that have helped us all escape the reality of 2020. It’s been an interesting year for gamers, to say the least, we’ve witnessed Nintendo Switch sales reaching over 6 million between July and September and even the release of 4 next-gen consoles (Xbox Series X, Xbox Series S, PS5 & PS5 Digital Edition) – there are even more exciting triple-a titles to come before 2020 comes to an end, a few of which you’ll see below!

What are AAA Games?

AAA is a classification given to games made by mid or major publishers – essentially gaming blockbusters. You’ll be able to tell when you are playing triple-A titles, not just from who the publishers are, but from the game being of much higher quality as many AAA games will have higher budgets compared to other titles.

Thanks to the influx of sales of the Nintendo Switch this year, it is no surprise Animal Crossing: New Horizons makes itself into this list. Since being released on March 20th, 2020, it has quickly become the second best-selling video game on the console (after Mario Kart 8 Deluxe).

In Animal Crossing: New Horizons, you will play as a customizable character who has purchased a deserted island. The game plays out in an open-ended fashion and the challenges you face are nonlinear, making the experience stress free and very enjoyable to play for hours and hours.

The aim of New Horizons, for those of you new to Animal Crossing, is essential to build your own community. You will explore, gather, craft items, and even catch fish or insects, all essential to survive and progress your island colonies.

We were blessed by Activision this year with a long-awaited sequel to the Crash Bandicoot franchise. Almost 22 years after the previous title, October 2nd, 2020 brought us this amazing title, It’s About Time… literally! Crash Bandicoot 4 follows on from the 1998 success Crash Bandicoot 3: Warped, and it really is every bit as nostalgic and exciting as the original installments. How can a brand new game feel nostalgic? Well, when a title has developed itself for as long as Crash Bandicoot has, it’s hard to not feel nostalgic about any sort of revisit.

In Crash Bandicoot 4: It’s About Time, places you in control of 5 playable characters as they travel the multiverse and try to seal all time-space disruptions. This sequel also introduces some new mechanics to the game such as the use of powers provided from Quantum Masks which can alter levels and help overcome obstacles.

Usually, when a sequel comes out this many years on, it is not exactly well-received. This title however really is a worthy addition to the franchise. Available on PS4 and Xbox One, It’s About Time you play this game!

The Last of Us Part II

The Last of Us Part II, the awaited sequel to the 2013 title The Last Of Us. Like the first, Part II is a PlayStation exclusive, but that doesn’t mean we all haven’t seen or heard of this title. In fact, The Last of Us Part II hit a record in the US of being the third highest-grossing game in PlayStation history! If that’s not reason enough for this title to be on this list, I don’t know what is.

Released June 19th, 2020, this sequel is set 5 years after the events of The Last of Us in a post-apocalyptic world. You play as 2 characters whose stories are intertwined – Ellie and Abby. Ellie, you might remember from the first installment, she’s the young girl Joel is tasked with escorting across the United States in an attempt to create a cure. This time, as a 19-year-old, she seeks revenge. On who? Well, Abbey.

This third-person survival horror really is one of the best games released in 2020, the story is engaging, the jump scares terrifying and the universe immersive, well worth at least one playthrough.

Watch Dogs: Legion is a sequel to Watch Dogs 2 and the third installment to the franchise. Released October 29th 2020, this title has found itself quickly into the charts as the most downloaded game the week it was released, beating even fifa 2021. This is no surprise giving the amazing graphics it has and of course, being launched on the next generation of consoles PS5 and Xbox Series X/S on release.

In this installment, you’ll find yourself immersed in a near-futuristic dystopian London with much more technological advancements following the events of Watch Dogs 2. Legion uses similar elements to the previous titles but also introduces multiple playable characters each with their own unique skills and backgrounds.

I’ve never been one for Watch Dogs, but the futuristic London depicted in this game really does create such a gripping atmosphere. You can also play 4 player cooperative and complete missions with friends or just wander around the sites of this beautiful city.

Released May 26th, 2020, Minecraft dungeons held a special place in my heart this year. It was released during the start of the Coronavirus pandemic and really helped me escape from this year. My article about streaming Minecraft Dungeons also the first article I ever wrote for the Stream Scheme website, which has led to amazing achievements for me. It may not have done as well as Microsoft and Mojang had intended, but for me, it really stands as one of the best games I’ve played this year

Minecraft Dungeons is a dungeon crawler and Mojang’s first venture in this game genre. For fans of other popular dungeon crawlers, such as Diablo, it holds up to the genre as the mechanics are similar: loot ranging from common to epic, treasure goblins (or in this case, treasure pigs), and merchants stationed at base camp for trading. It pleases fans of both genres by implementing those same mechanics whilst sticking to the blocky aesthetics we’ve all come to love.

The twelfth installment to the AC series is here, Assassin’s Creed Valhalla. Launched alongside the release of Next-gen consoles, this sequel has definitely made its impact. It’s always a tough spot to be in, being the first game to be released on the latest console, but Valhalla seems to be sitting right with fans. There were no reasons to define which console you buy based on this title when it was released November 10th, 2020, thanks to the PS4 copy coming with a free upgrade to the PS5 version on console release 2 days later.

In Assassin’s Creed Valhalla, you will find yourself in the Viking era of 873AD the mists of the invasion of Britain. You’ll play as Eivor, a Viking raider, as you lead your fellow Vikings into battle. One of the most interesting mechanics in Valhalla is, you can actually decide your gender. Not only that, but you can customize other features of the character such as; hair, warpaint, clothing, armor, and tattoos. In Valhalla, you can be the Viking you want to be!

Superhero games have always been cool. From Spiderman on PS1 to batman Arkham knight, there is always room on the shelf for the next set of vigilante(s). Marvel’s Avengers is no different. Release on September 4th, 2020 Avengers hasn’t received its expected sales – 5 million predicted to be sold by now but less than 3 million copies have been purchased across off platforms to date.