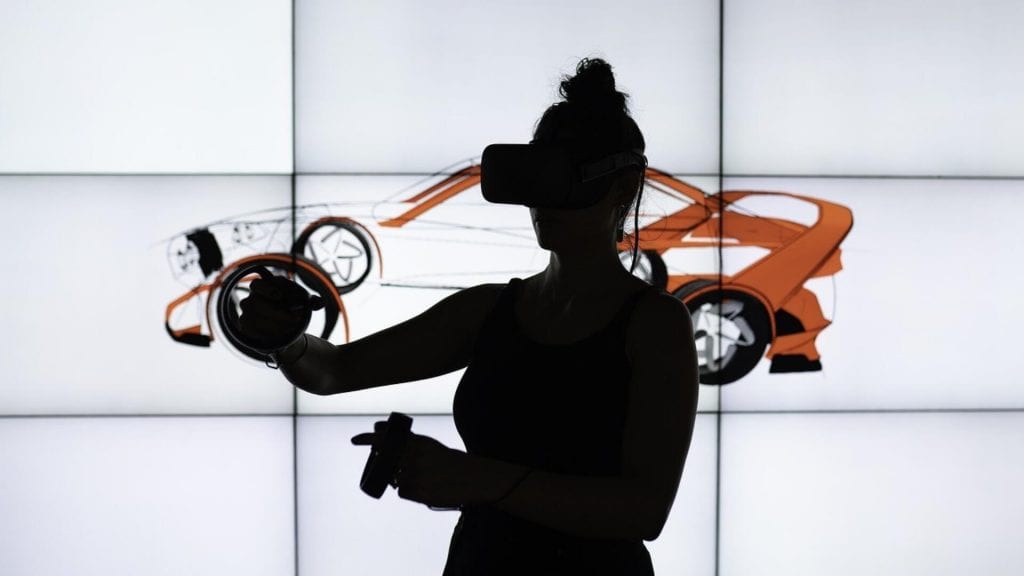 While the current main market for VR is gaming, there are several virtual reality uses that are cashing in on the new technology. If you have an HTC Vive or an Oculus, you may be able to experience some of these new virtual reality applications for themselves.

A fun and interesting app for your VR is Tilt Brush. With Tilt Brush, your room turns into a 3D canvas. You can choose which of the several brushes you want to use, then paint in thin air. They also have “animated paints” which move or sparkle as you go.

With a broad range of tools, virtually any color, and your imagination, you can push your creativity to the max. And while several people have enjoyed this in their own homes or have shared videos online, we can’t wait for the day when you can visit a museum with 3D Virtual art created by modern masters.

VRChat is a platform that allows you to build and explore virtual worlds and interact in them with people from all over the world. You are allowed to upload your own avatar and many have made new friends and have overcome social anxiety on the platform. Read our post Where to Get VRChat Avatars for more information.

That being said, VRChat is known for its toxicity and explicit content. While most users have learned to get around it, new players are often shocked.

vTime is another social app created with VR in mind. This app is known to be more “grown-up” than VRChat. Most often, you will find people gathered together just chatting. You are allowed to visit several landscapes and bring your friends with you.

Several global businesses use vTime as a way to get together and have meetings “in person.” It is an innovative way to grow a community within a corporation.

Travel World VR is a company that specializes in marketing the traveling experience through virtual reality. While they are currently working with travel companies, resorts, and cruise lines to film popular locations for marketing purposes, this is the first step toward tourism as a VR medium.

With Travel World VR, customers will be able to view locations, resort rooms, and more just by putting on their headset, allowing them to have a better understanding of what they are signing up for.

In the future, the tourism industry is likely to use VR as a way to showcase aspects of their area. People will be able to “take a trip” around the world without leaving their own home. While it wouldn’t replace the experience of actual travel, those who can’t visit due to illness, funds, or other reasons can still see the area it in first-person.

While most of the movie experiences created for VR are shorter than a full-featured length film, they are showing the beginnings of what can be accomplished with virtual movies.

The challenge that virtual movie-makers have when making their films is that unlike traditional movies, they have to really work hard to direct the audience’s attention to a specific focal point. As people can look in any direction they want, it isn’t guaranteed that the viewers will see every aspect they need to see to understand the plot.

While VR movies are definitely still in the experimental stage, there have been a few released films or shorts that have gained popularity and momentum in the field. As this art form continues to grow, it will be interesting to see what is released and what easter eggs can be hidden in certain aspects of the film.

VR can be used in several forms of design or invention. Architects can build projects within the software that will allow potential investors to “walk-through” a structure before it is built. Inventors can play with different ideas to try to build something new without having to spend a lot of money on materials.

While things can’t fully be known within a virtual world, many breakthroughs can be made. Medical facilities are starting to incorporate VR in their education and procedures.

Google Earth VR allows you to immerse yourself in areas of the “real world” in a virtual way. You can explore, walk-around, or fly through some scenes to get a first-person experience.

Gather your friends and family and relive past memories or go on new adventures without leaving your living room. You can currently use this app on the HTC Vive and the Oculus Rift.

There are many conventions that sell out due to space. While there isn’t a way to duplicate the experience of attending (or networking) the event, VR is a technology that can allow you to attend, view discussions, and more. When tickets to the conference are sold out, additional VR tickets can be sold.

In the future, there may be further integration which allows VR convention-goers to participate a little more. For now, being able to have the experience is mind-boggling.

This technology could also make it possible for people to attend sporting events, concerts, political rallies, or even movie premiers for a premium.

VR has been used by therapists to help their patients overcome trauma or fears. Allowing patients to look at experiences or face their fears in a “real setting” while also maintaining their safety has helped many individuals overcome some of the mental conditions.

While VR is often used as an alternative to exposure therapy, there have been programs designed to treat many specific ailments through the process of solving puzzles while moving through the environment. As an entertaining pastime, the patient is likely to continue in therapy even if parts of it are uncomfortable.

With Virtual Desktop, you can enter a private world where nothing is seen but what you have on your desktop computer. Within the program, you aren’t limited by your monitor size, you can move things around as you see fit.

As an added bonus, if you have a Bluetooth mouse and keyboard, you can go anywhere in your home and continue to work as long as you have Wi-Fi available.

It also allows you to watch 360 YouTube videos without having to move the screen with your mouse. You will automatically be instantly immersed in that world.

Virtual reality is still a new technology in its infancy. Over the next few decades, we are sure to see many things aimed to help our world emerge.